More
Home Executive Insight From Wall Street to Pittsburgh and West Texas: What is the True... 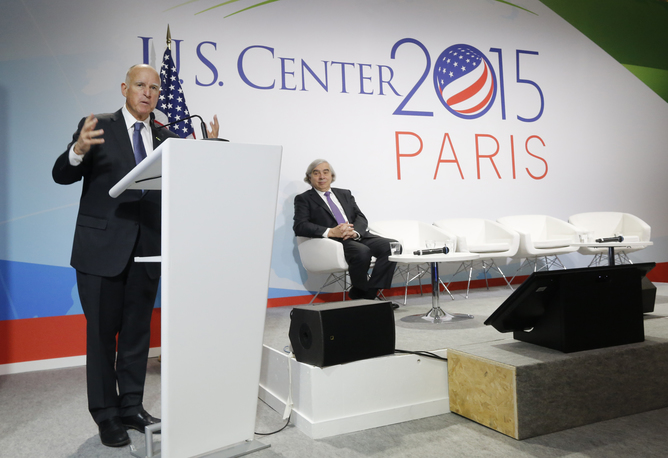 Just hours after President Trump pulled the U.S. out of the Paris climate accord earlier this month by noting “I was elected to represent Pittsburgh, not Paris,” the mayor of that American city replied that Pittsburgh’s goals were more Parisian than Trumpian.

“Donald Trump said he was elected by voters of Pittsburgh, but his misguided decision to withdraw from the Paris climate agreement does not reflect the values of our city,” said Mayor Bill Peduto to news outlets. “Pittsburgh will not only heed the guidelines of the Paris agreement, we will work to move towards 100 percent clean and renewable energy for our future, our economy and our people”

Reactions to Trump’s pullout of the international carbon-emissions agreement were varied in the U.S. Pittsburgh, once the hotbed of the steel industry and currently a center point of the shale gas plays, reaffirmed its goal to use 100 percent renewable energy by 2035.

Environmentally conscious millennials expressed their disgust via Twitter and other means. Oil and coal companies had to be happy, and the stock market, in general, did not seem to immediately explode either direction on the news of the Paris withdrawal.

Experts are still trying to make sense of the U.S. withdrawal from the environmental, social and, not least of which, financial point of views. States and cities which seem committed to decarbonization say they will continue down that path, but the lack of a federal impetus either from the Paris agreement or the seemingly defunct Clean Power Plan surely will some kind of impact, at least until the next president comes along.

“While the cancellation of the Paris agreement in and of itself may not forestall the transformation of the American grid much more than the expected rollback of the Clean Power Plan (CPP)”it signals an end to federal efforts to decarbonize the U.S. economy,” reads a report from S&P Global Ratings.

Nearly two weeks later, clean energy advocates are still optimistic that killing the Clean Power Plan and Paris accord may not end the momentum for those technologies. States such as Nevada, California, New York and Illinois, for instance, seem to be focused on reducing emissions with or without the CPP, but what the vast majority of other states could hold the key.

“If the states and business move aggressively to transition to a cleaner grid, then the U.S. can maintain a leadership position in the advanced energy economy,” said Tim Healy, co-founder and CEO of energy management firm EnerNOC. “We’ve already seen that movement  begin to take place in the last few days. Private industry will continue to do what it does best—address market demand with new and creative solutions.”

President Trump has talked about coming to the rescue of the coal and nuclear industries, Abandoning Paris and the CPP, however, may be too late for the former and have the opposite effect for the later, some say. Utilities are already moving away from coal for economic reasons, such as Kansas City Power & Light announcing it will retire six coal-fired units in the next two years. KCP&L is only one of many shuttering coal generation plants.

The S&P report acknowledges that the coal industry has been under siege during the Obama years, but the economic case against it is as much about low-priced natural gas and falling market demand as it is regulatory barriers.

“To the extent that these market conditions persist, we wouldn’t expect the fortunes of coal, at least on the unregulated side, to improve sharply. Baseload coal generators are not the sort of nimble, flexible assets that our transforming grid requires.”

S&P’s authors are more curious and uncertain on how the lack of Paris and CPP momentum will impact the nuclear power industry in the U.S. Zero-emissions nuclear likely would have been a necessary piece for states reaching CPP emissions benchmarks, and Trump’s advocacy certainly won him votes in key states such as Michigan, Ohio and Wisconsin.

Truth is, however, merchant nuclear plants are struggling in those regions and some are asking for subsidies.

“For our part, we had believed the Clean Power Plan and Paris agreement would have been quite lucrative for nuclear generators—as the only carbon-free baseload fuel,” the S&P report reads. “While nuclear reactors have their own attendant environmental concerns, carbon emission levels are not among them, and large economies like China (20 GW under construction) and India (4 GW) are developing new reactors as part of an effort to steer clear of dirtier coal-fired generation. This seems to suggest that weaker climate change regulations would harm and even jeopardize the existence of nuclear assets.”

Many Americans, particularly millennials, are extremely concerned about climate change even if quite a few are wary of overreaching regulatory rulemaking. A recent NPR radio story featured west Texans, most of whom voted for Trump, still acknowledged that the climate had definitely changed there over the past decades.

“I don’t think we’re going to see utilities who were already moving to a clean resource mix scale back those plans just because of the Paris withdrawal,” Healy said. “At the end of the day, people are going to vote with their wallets, and we already know that millennials, the largest emerging group of workers and consumers, take sustainability very seriously and penalize companies that don’t have strong environmental and social responsibility platforms.”