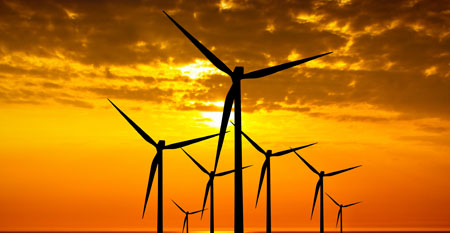 The Federal Energy Regulatory Commission (FERC) on April 29 will publish in the Federal Register a notice seeking comment on a complaint filed April 21 against NorthWestern Corp. by the developer of a 460-MW wind farm project in Montana.

In March 2010, Gaelectric submitted to NorthWestern transmission service requests (TSRs) for 460 MW of transmission capacity to move the electric output from its Jawbone Wind Project in Montana to the point of interface between the NorthWestern and Bonneville Power Administration (BPA) transmission systems.

The terms of service under each of NorthWestern’s separate offers of service differ with respect to the timing of commencement of service, rate calculation, security ramping and required transmission upgrades.

The first set of three TSAs, totaling 130 MW (called “the 130 MW TSA”), was executed by Gaelectric more than a year ago, the complaint noted. At that time, Gaelectric said that it executed the 130 MW TSA to prevent NorthWestern from deeming Gaelectric to have withdrawn all of its TSRs associated with the 460 MW project.

Also, Gaelectric said it expected that an offer of long-term transmission service fulfilling the remaining 330 MW of TSRs would soon be forthcoming from NorthWestern. Gaelectric said it waited more than a year for these offers to come, which were comprised of two non-conforming TSAs with inconsistent terms and only contingent offers of service.

The two subsequent TSAs tendered by NorthWestern are the subject of a separate proceeding before the commission, where NorthWestern is seeking commission approval of non-conforming, unexecuted TSAs. Concurrent with the filing of the April 21 complaint, Gaelectric is filing a motion to intervene and protest in that proceeding.

“NorthWestern’s partial service offer of 130 MW was submitted to Gaelectric in violation of NorthWestern’s obligations under the NWMT OATT,” said the complaint, which NorthWestern had not responded to as of April 28. “This Complaint seeks an order directing NorthWestern to modify the 130 MW TSA as described below to come into conformance with its obligations under its tariff. As alternative relief, based on the facts set forth below and the Commission’s criteria for waiver of tariff provisions, Gaelectric seeks a waiver of payment obligations provided for in the NWMT OATT that will be triggered if the 130 MW TSA is allowed to remain in effect without modification.”

Gaelectric USA Ltd., through its subsidiaries, including Gaelectric LLC and Jawbone Wind Farm LLC, is an active developer of renewable power generation and energy storage projects throughout the United States. Gaelectric USA is controlled by Gaelectric Holdings Plc, which is based in the Republic of Ireland. Gaelectric operates a regional development office in Montana that is focused on multiple wind development projects in Montana and elsewhere in the U.S.