GE Global Research and GE Energy Consulting, along with National Grid, the Department of Energy (DOE) National Renewable Energy Laboratory (NREL), and Clarkson University announced a partnership on a research project to improve the reliability and resiliency of electricity delivery in northern New York.

The focus area will be the village of Potsdam, near the Canadian border, which is prone to ice storms that could damage utility lines and other above-ground power infrastructure.

Fueled by a $1.2 million grant from the DOE’s Office of Electricity Delivery and Energy Reliability and a $300,000 investment from GE, this project will allow for the development of an Enhanced Microgrid Control System (eMCS) designed to be the key element in keeping the town’s electricity system up and running for several days should it become disconnected from the main power station.

The project will also help utilities, like National Grid, better leverage distributed energy resources (DER), such as solar, hydropower and thermal, in a microgrid scenario. 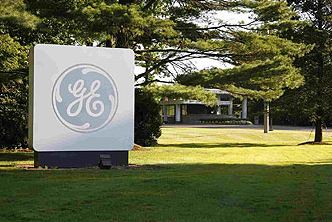 GE researchers will develop the eMCS with two main goals in mind: to provide resilient, high-quality power delivery to the local community and efficient, reliable grid services to the local utility. The program will be closely aligned with the specific energy needs and power resources available in and around Potsdam, with the option to include resources like 3 MW of combined heat & power generators, 2 MW of solar photovoltaic, 2 MW of energy storage and 900 kW or more of hydroelectric generation.

Additionally, the system will feature control algorithms with a graphical user interface for the operator. The control system will be flexible, scalable and secure, and will have a hierarchical structure of three controllers operating on different timescales to maximize efficiencies and ensure all assets function as needed to maintain a constant, steady flow of electricity.

Notably, this DOE-funded initiative will augment the community’s plans to construct a new underground system for power and communications during emergency situations. This system would connect approximately twelve entities, including emergency service providers, utilities, power generation sources, and staging areas, along with housing, fuel, and food providers.

Microgrid technology is already beginning to transform the U.S. power grid. In 2012, “SuperStorm” Sandy, one of the most deadly and destructive hurricanes in American history, caused widespread damage to power lines, leaving over six million customers without electricity. During the storm and its aftermath, microgrids, with their local distributed energy resources, were able to sustain hospitals and other relief operations for more than two days, until grid power was restored.

The two-year DOE project will begin with 18 months of engineering and design at GE Global Research, followed by a 6-month testing period at NREL where a microgrid simulating the infrastructure needs in Potsdam will be set up.

GE’s Energy Consulting business will be conducting a feasibility study for the demonstration of the controller, reporting on the potential benefits for the Village of Potsdam and National Grid of deploying the new technology and determining operating procedures to ensure the control system functions properly.

Earlier this year, New York Governor Andrew Cuomo announced the Potsdam underground microgrid design project, where GE will work with partners to plan and design a resilient underground microgrid for the Village of Potsdam. This Clarkson University-led effort is being funded by National Grid, and through a $381,000 grant from NYSERDA, the New York State Energy Research and Development Authority, as part of a larger, $3.3 million state allocation for projects aimed at improving the resiliency and efficiency of the state’s electric grid.