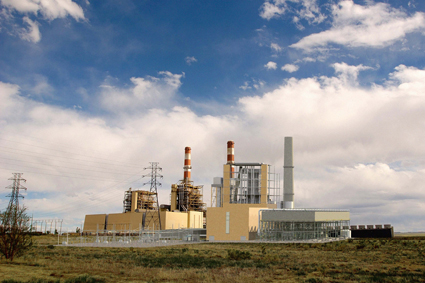 Coal-fired electricity was responsible for about 37 percent of all power generation in 2012, according to the U.S. Energy Information Administration’s website.

President Barack Obama directed the EPA to draw up and release pollution standards for both old and new power plants in June 2013 as part of a larger plan to address climate change.

“Climate change is one of the greatest challenges of our time. Based on the evidence, more than 97 percent of climate scientists are convinced that human caused climate change is occurring. If our changing climate goes unchecked, it will have devastating impacts on the United States and the planet. Reducing carbon pollution is critically important to the protection of Americans’ health and the environment upon which our economy depends,” she said.

This latest version of the EPA’s standards for new power plants is the result of some 2 million public comments sent, McCarthy said.

“We did what democracy demands. We paid attention. We listened to those comments, and that is what today’s proposal reflects,” she said.

“Carbon capture and sequestration technologies will eventually mature and will become as common in power plants as scrubbers are today,” she said.

Cleaning up traditional thermal power plants will prove a boost to the economy and not a burden for it, she said.

“The argument that we must choose between economic growth and environmental protection is a false one,” she said.

The EPA fully expects to receive lots of comments on these proposals, just as it did following the first version of the new source performance standards in March 2012, she said.

“We will do what we did before. We will give each comment we receive thorough attention,” she said.

As rules are written, proposed, revised and eventually applied, she said, the EPA is committed to regulating carbon dioxide and greenhouse gases not just from new power plants, but from the country’s existing power generation fleet.

Coming up with rules for regulating older power plants, however, is “on a longer timeline,” she said.

President Obama has instructed the EPA to come up with a proposal by June 2014 to clean up the older plants.

In 2009, EPA determined that greenhouse gas pollution threatens Americans’ health and welfare by leading to long lasting changes in our climate that can have a range of negative effects on human health and the environment.