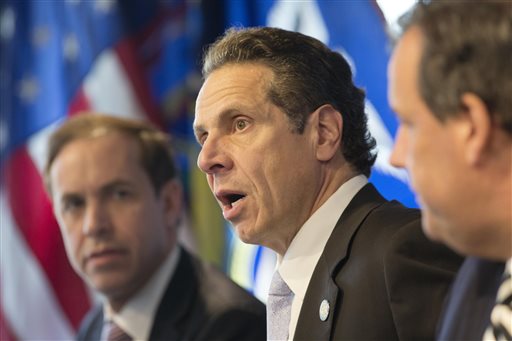 Gov. Andrew Cuomo announced $175 million in awards for five large-scale clean energy projects that will help the state meet its Reforming the Energy Vision goals to increase the amount of electricity generation from renewable energy sources.

The projects will reduce greenhouse gas emissions and improve the resiliency of New York’s electric grid and energy infrastructure while decreasing the state’s reliance on fossil fuels leading to a cleaner, healthier environment.

The announcement is in recognition of Climate Week, which Gov. Cuomo proclaimed from September 22-29 to raise awareness about the challenges we face with a changing climate and to highlight New York’s efforts to increase resiliency and curb emissions as global leaders meet in New York City this week.

“Climate Week is a reminder that we must continue our investment to create a sustainable energy future for New York State,” Cuomo said. “Through these projects, we are developing a world-class technology infrastructure while using the renewable energy necessary to reduce our carbon footprint and create a greener New York.”

Once operational, the five projects will add about 116 MW of new renewable capacity, which will provide about 356,000 MWh per year of clean renewable energy to New York — enough energy to supply over 54,000 average-sized homes per year.

Projects (in order of size):

Support for these projects is from the renewable portfolio standard (RPS), an initiative that promotes the development of new large-scale renewable energy resources in New York State. NYSERDA will issue one more RPS Main Tier solicitation for larger renewable projects in 2016, expected to be funded through the Clean Energy Fund.

Under a newly established large-scale renewables proceeding before the Public Service Commission, NYSERDA has proposed a long-term commitment to the next generation of large-scale renewables. The proposal calls for a $1.5 billion public investment over ten years, which is comparable to the level of investment made over the past decade through the existing RPS.

For every $1 invested in RPS Main Tier projects, New York realizes $3 in economic benefits. More than $3 billion of direct investment in New York State is expected as a result of existing Main Tier projects in the form of jobs, payments to public entities, in-state purchase of goods and services, and land leases.

The projects were competitively selected through the RPS process which continues to provide price stability and greater long-term certainty to contractors through contract terms of up to 20 years. This is the second solicitation for 20-year contracts. The weighted average award price for this 10th Main Tier solicitation is $24.57 per MW-hour of production over the 20-year terms of the awarded contracts.