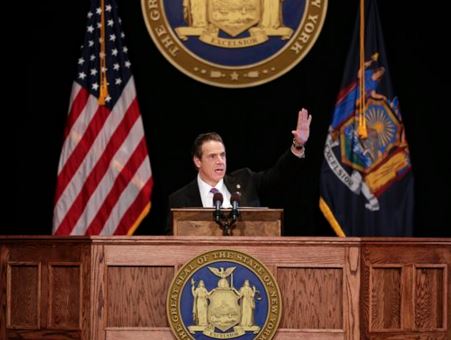 Gov. Andrew Cuomo launched the “Energy to Lead Competition,” which challenges student-led coalitions from New York colleges and universities to design and develop plans for campus and community clean energy projects. The competition, part of the REV Campus Challenge which was announced in October, will begin accepting applications this week.

The “Energy to Lead Competition” is part of the governor’s Reforming the Energy Vision, or REV, a plan to build a clean, resilient and affordable energy system for all New Yorkers.

Central to the plan is engaging energy leaders of the future on core issues to help New York achieve its goal of reducing greenhouse gas emissions by 40 percent, generating 50 percent of electricity from renewable energy sources, and decreasing energy consumption in buildings by 23 percent by 2030.

The $3 million “Energy to Lead Competition,” administered by the New York State Energy Research and Development Authority (NYSERDA) is open to student-led coalitions from two- or four-year public or private colleges or universities.