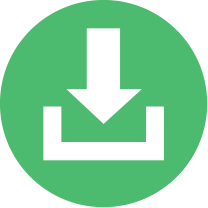 Originally a White House call to action for easier access for consumers to their energy use data, the Green Button Initiative has now reached close to half of its national potential. More than 50 power utilities and suppliers have signed on, helping to make the tool available to more than 60 million homes and businesses and, by extension, about 100 million customers.

One of the Green Button’s chief technical architects, John Teeter, is happy about the progress. He sees it as part of multi-pronged approach to substantial energy efficiency goals which offer potentially beneficial environmental and financial impacts. 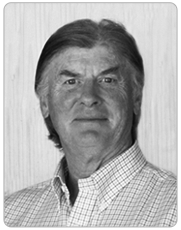 “All of that is focused on understanding how we’re using our energy and finding ways to improve that,” said Teeter, chief scientist for software firm People Power Co.

Teeter’s extensive efforts in helping develop the open source code and standards for the Green Button earned him a national honor. The U.S. Department of Commerce awarded him its Silver Medal Award for Exceptional Service due to the work helping customers gain one-click access on electricity usage from their utility website.

Teeter’s work as a White House Innovation Fellow laid the groundwork on Green Button standards. People Power supported his transition to the public sector to work with the General Services Administration and worked with the National Institute of Standards and Technology and the Smart Grid Interoperability Panel to get utilities on the same page when it came to this effort.

“We know there is tremendous power in unleashing the value of data.  Consumers want to save energy to save money and go green, so Green Button Connect offers a path to allowing consumers to get more engaged and informed on how they use energy, for instance, in relation to the weather, the top driver of home energy use,” said Amena Ali, GM & SVP WeatherBug Home. “Since we launched WeatherBug Home Connect last year in the popular WeatherBug app, more than 60,000 customers have written to us to connect their utility’s energy use to our app and analytics.  This is why we are in discussions with a number of IOUs to discuss engagement and energy efficiency use cases so we can utilize the capabilities of GBC in a simple and streamlined manner.”

“We talked to nearly every utility in the land,” Teeter noted. “Everybody (who participates) does have their own user portal and allows for support with both residential and commercial customers.”

The Smart Grid Road Map, first developed in 2010 and going under its third revision, is now driven by the growth in nanogrids and microgrids. These, of course, are themselves driven by the widespread adoption of rooftop solar and other distributed generation resources. California is a key front line in the advancement of Green Button technology, and he pointed to Pacific Gas & Electric, specifically, as having “totally embraced” the concept. The electric cooperatives nationally are pretty much onboard and investor-owned utilities across North America are moving forward, with only pockets of resistance, he added.

“The southeast (U.S.) has been a hard nut to crack,” Teeter said. “The hard part is making the business case to the stakeholder”It just takes time.”

Every utility has its own take on the Green Button idea. Duke Energy Ohio has its Hà…M Energy Manager—one of POWERGRID International’s projects of the year for 2016—and others simply call it by its original name. San Diego Gas & Electric, for instance, allows customers to click the button and gather as much as 13 months of personal electricity use data.

And it really doesn’t matter if the customer base has a smart meter.

“AMI (advanced metering infrastructure) makes it easier to understand but just about everybody is getting interval data in their monthly bills,” Teeter pointed out. “The important thing is that granularity of information”With monthly data we can make significant headway” on reducing energy use.

He noted that the city of New York has AMI for commercial but not residential customers, yet the Green Button is available there. Customers can figure out how adjustments can be made by comparing their data to previous months. Green Button does support, when it’s available, finer grained interval data giving further opportunity for consumer engagement.

“You can make significant headway on the order of five percent, and that’s a conservative number,” he said. “We can make smarter buildings but the smartest things in the building are the people.”