BY CHRISTOPHER IRWIN, DEPARTMENT OF ENERGY

Jane and Robert Brown sat down side by side, gazing at the computer screen.

“We spent more money on electricity last month than we did on car payments, and I want to find out why and what we can do about it,” Jane said. “This portal is handy, but I went on and put our usage into a spreadsheet and correlated it to activities I was able to pull from our combined Outlook calendars and dropped it into this presentation,” and cut.

Jane Brown set the groceries on the counter. Her phone chimed with a new email. Her Cabin Buddy app reported that usage at the Browns’ little place in the woods was up 40 percent from yesterday, and for a big change such as that, Cabin Buddy was set up to register an alert and follow up with an email. She called the Johnsons to ask if they could check if the cabin door had blown open again.

A few miles away, Robert Brown walked through the automatic doors of Big Box Hardware. He was approached by a staffer holding a tablet computer.

“Would you like a customized energy-savings shopping list?” asked the staffer. “All you need to do is give us one-time access to your utility usage data. We’ll delete the data as soon as we’re done generating your list.”

“I’m way ahead of you,” he said. “I got the same offer by email and uploaded my file this morning.”

Robert looked at his phone, and there were the estimated savings per month and year next to each potential item. What he really wanted were the supplies to fix that door on the cabin, but a few lightbulbs, an air filter and a water heater blanket were easy enough to pick up, and because he was already here … and cut.

Which scenario is realistic? Two years ago, the best that most U.S. electricity customers could hope for was the first scenario. Now, some 16 million customers across more than 20 utilities are closer to scenario two, thanks to the Green Button.

The UCA International Users Group (UCAIug) launched the OpenADE (Automatic Data Exchange) Task Force, which contributed some of the early emphasis to making energy usage information faithful to international standards and more uniform. The effort accelerated rapidly under Priority Action Plan 10 (PAP 10) of the then-newly created Smart Grid Interoperability Panel (SGIP). The National Institute of Standards and Technology (NIST) considered a broad consensus on energy usage information critical to the success of many key technologies in the smart grid and was joined in PAP 10 by the North American Energy Standards Board (NAESB) and others. By the time PAP 10 was completed, NAESB had created the standard on which Green Button is now based (REQ 21, or ESPI). A half dozen other standards now possess similar DNA.

The Green Button has its origins in a health data access initiative called the Blue Button developed by the Department of Veterans Affairs to put health care data into the hands of military veterans. All that was left to do was to provide a spark, which was delivered by former White House Chief Technology Officer Aneesh Chopra during GridWeek 2011. He challenged utilities and industry to create a Green Button and shared the success he saw in the health care sector. 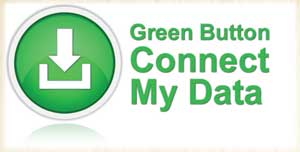 California, Maryland and Texas committed, and each added millions of customers. In April 2012, the Department of Energy (DOE) launched the Apps for Energy contest, which challenged software developers to build within five weeks apps that use Green Button data. More than 60 apps were submitted. Four months after the first Green Button data was available to customers, an ecosystem of utilities, vendors, developers and customers was emerging.

That the NAESB ESPI standard is embraced so widely means apps developed for Green Button data are likely to work with multiple utilities. This delivers an equally clear victory for interoperability. One more win stems from the common heritage that the NAESB standard shares with Smart Energy Profile 2.0, the IEC Common Information Model, and a companion effort by the American Society of Heating, Refrigerating and Air-conditioning Engineers. The data will not be identically composed and structured, but this convergence coupled with coexistence form the second victory for interoperability. The final win for interoperability requires revisiting scenario two and considering interoperability from a human perspective. In this context, interoperability means the ability to recognize the value of something and how it might be useful with little or no detailed knowledge—a shallow interface.

The third victory for interoperability lies between the consumer and the data, and that is why it’s called the Green Button and not the NAESB REQ 21 Button.

Green Button is growing, but it’s no longer only about volume; it’s growing in value, consistency, diversity and across borders.

Download is the easiest to implement and fits nearly every regulatory environment that supports Internet access. Connect is more involved from an information technology perspective and might require updates to regulatory policy but simplifies access and authorization. In either case, the value of doing so on the utility side and the customer side is increasing. Most utilities already have dozens of needs to share consumption data with contracted third parties, as well as mandated data sharing for regulatory, efficiency measurement and verification or academic needs. Converging these feeds to a single format in the case of Download or a single data service in the case of Connect is more efficient and easier to manage. SDG&E reports high demand for Connect requests from commercial accounts and their service provider base, although the service is still in pilot mode. Chris King, global chief regulatory officer of Siemens Smart Grid Solutions, referred to the eMeter Meter Data Management System and said utilities and vendors can reduce the number of custom interfaces they need to spend time and money on by migrating to Connect for within-enterprise data exchange needs. For customers, the applications that serve commercial and residential customers continue to grow (although Cabin Buddy does not exists just yet). EnerNOC, the demand response company, recently announced its support of Green Button data in some measurement and verification applications.

Having a common standard is great but does not guarantee that each implementation of the standard will result in identical outputs, that is, the domain of a testing and certification process. Developers have encountered variations in Green Button files from different implementing utilities, which is normal at this point, and the uniformity is still light-years ahead of the precursor alternative, the Comma Separated Value or CSV format (which served as the basis for Jane’s actions in scenario one). To meet the needs of utilities, industry vendors and third-party vendors, the UCAIug is creating test plans and a certification program for Download My Data and Connect My Data, and the Electric Power Research Institute is supporting that effort with test case development and additional tools. With the compounding benefits of interoperability, this will serve as another point of acceleration for Green Button this year. NIST also continues to provide leadership with a new users guide this year to its NIST Green Button Software Developers Kit.

Most of the more than 3,000 U.S. utilities are publicly owned municipal providers or member-owned cooperatives. That’s why it has been a milestone to add municipal and cooperative utilities to the commitments list last year, notably Jacksonville Electric Authority in Florida, the Electric Power Board of Chattanooga in Tennessee, the Kootenai Electric Cooperative in Idaho, and the Sawnee Electric Membership Corp. in Georgia. With their unique approaches to software services and their ownership models, cooperatives might provide a dramatic area for Green Button growth in the coming year.

This year marks the first international expansion of Green Button into Ontario, Canada. With support from the White House Office of Science and Technology, the DOE and NIST, a collaboration involving the Ministry of Energy, utilities and the private sector is embracing the standard and the Green Button with substantial parallels but under the sovereign control of Canada. Their program is ambitious and aggressive, with Green Button Download My Data piloting this year and a shared framework for implementing Green Button Connect My Data uniformly across the participants. Their effort eventually will add another 2 million customers to the initiative and attract Canadian software developers.

The success of the Green Button initiative is credible evidence we are on the right path. 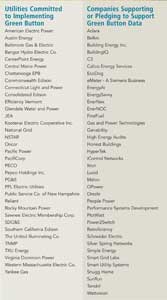 Christopher Irwin is the smart grid standards and interoperability coordinator for the Office of Electricity Delivery and Energy Reliability in the Department of Energy.