More
Home Generation Coal Here’s Where the EIA Says We’re Going—With or Without the Clean Power... 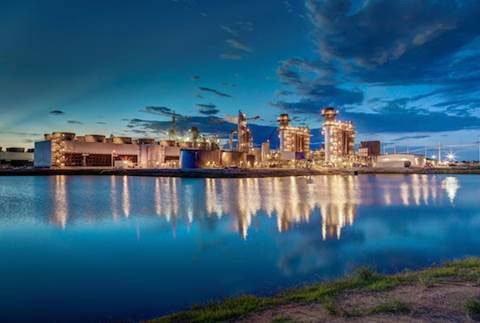 With or without the Clean Power Plan, electricity from natural gas, wind and solar will rise significantly over the next 25 years while coal-fired generation falls or stays flat, according to an early release of the Annual Energy Outlook by the U.S. Energy Information Administration.

The EIA early report, released May 17, forecasts deep drops in energy-related CO2 emissions through 2040, even though electricity sales will climb in the residential, commercial and industrial sectors. Such trends will flatten out without the CPP, of course, but the die is cast on coal-unit retirements and the rise in gas, wind and solar investment. The final version of the Outlook will be this summer.

“In the reference case, CO2 emissions in the power sector were 35 percent below 2005 levels in 2030 due to the implementation of the CPP,” the EIA outlook reads. “In the No CPP case, emissions rise slightly over the projection, but remain at least 19 percent below 2005 levels in all years. There are fewer coal retirements than in the (pro CPP) case, but any Incremental demand growth is generally met with new natural gas or renewable capacity, limiting emissions growth.”

The Clean Power Plan faces a stiff legal challenge from close to two dozen states, as well as some energy firms and advocacy groups. The U.S. Court of Appeals for the District of Columbia Circuit bypassed a three-member panel review and plans to give it a full hearing in September.

Both sides expect—no matter what happens at the appellate level—that the CPP will end up in front of the U.S. Supreme Court, which already has granted a stay of the EPA order.

Some utilities are worried about timing on the legal challenges because the near-term deadlines on parts of the plan are in 2022. By 2030, all states are expected to reduce power-plant emission by 32 percent below 2005 levels.

In any event, natural gas, wind and solar are on the way up in their positions within the U.S. generation mix. The EIA predicts that natural gas generation increases by 44 percent with the CPP and 32 percent without it through 2040. Wind power rises nearly 150 percent or 110 percent if the plan prevails or not, respectively. Solar, meanwhile, will grow by nearly 12-fold in the next 25 years of a pro-CPP world and 9-fold without it, according to the outlook.

“Lower costs, particularly for solar installations, are a big driver of the renewable growth, along with tax credit extensions and state-level renewable mandates,” the report reads. “After 2030, new generation capacity additions are split primarily between solar and natural gas, with solar capacity representing 60 percent of new capacity additions (under the plan) and 56 percent in the No CPP case.”

Coal generation declines 32 percent by 2040 if the courts uphold the CPP and remains flat if it’s rejected, mainly due to less units being retired and higher operation levels from the surviving plants. Nuclear generation levels remain relatively flat either way, with new units offset by retirements.

“High construction costs result in a projection that no new, unplanned, nuclear plants will be constructed even with the CPP in place,” the EIA outlook reads. Some regulators and utility heads, such as those with Tennessee Valley Authority and Entergy, have argued that nuclear generation is necessary in a CPP world, since reactors produce no carbon emissions and provide base-load generation to counteract the intermittency of renewables.

Electricity consumption is expected to grow an average 0.9 percent annually through 2040, nearly double the 0.5-percent rate experienced from 2005-2015, according to the report. Historically, demand jumped an average 9.8 percent annually in the 1950s.

“Industrial electricity sales declined 0.7 percent per year between 2000 and 2015, which were affected by a decline in shipments during the recession,” the report reads. The industrial sales should grow “1.1 percent per year from 2015-2040 with an expected increase in industrial activity.”