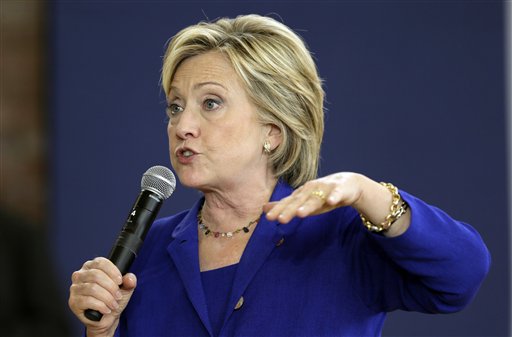 On the campaign trail, Hillary Clinton called for improved power grid cybersecurity and investment in infrastructure for a modernized American electric grid.

Clinton, currently the leading Democratic candidate for president, said the U.S. power grid must harness new technology to reduce energy bills and boost consumer choice while addressing the risk of cyber attacks, according to The Hill.

The former senator and secretary of state said she would establish a new presidential team to assess cyber threats and respond via federal agencies as well as the electric utility industry. She also advocated for more resources for local communities to make them less vulnerable to attack.

On her official campaign website, Clinton writes the American grid should be brought into the 21st century through the application of smart grid technology. Her energy policy also calls for more investment in the renewable energy sector. (To read more about the other candidates’ energy policies, click here)

Clinton’s talk of power grid issues on the campaign trail comes amidst news that the Department of Energy faced multiple coordinated cyber attacks. The DOE’s systems were infiltrated more than 150 times over a period between 2010 and 2014, according to reports.

Furthermore, corresponding with Chinese President Xi Jinping‘s talks with President Barack Obama at the White House, the two countries are reportedly working on a joint pledge to not attack one another’s critical infrastructure during peacetime.

A report by BitSight earlier this week estimated that the U.S. power grid suffers a physical or cyber attack once every four days. The White House directed the industry and regulatory boards to develop a new cybersecurity framework, and the National Institute of Standards and Technology unveiled one last year.