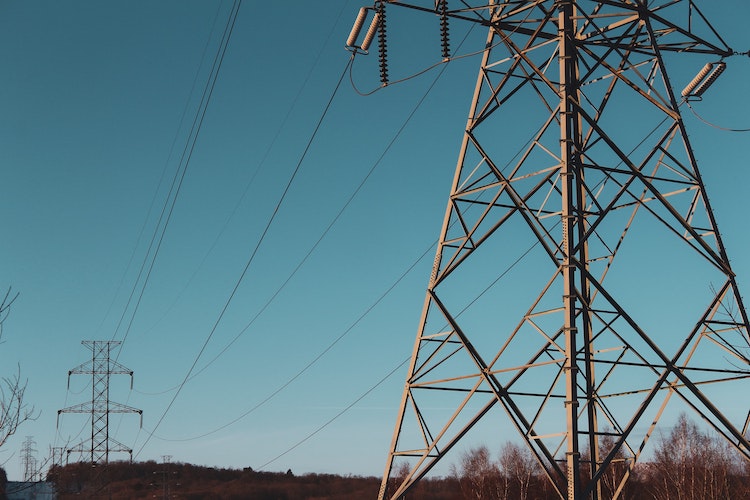 An overview of some of the many fascinating research and development projects underway at ComEd.

Commonwealth Edison (ComEd) of Chicago, Illinois is conducting industry-leading research and development to address these and other challenges at its Grid Integration and Technology (GRiT) lab in Maywood. The lab’s capabilities allow engineers to emulate real-world conditions as they integrate advanced algorithms and innovative equipment into existing systems without impacting reliability. Developments in the lab are then demonstrated through field testing, including within ComEd’s groundbreaking Bronzeville Community Microgrid (BCM). Each of these technologies focuses on different capabilities necessary to achieve readiness to meet challenges encountered in the transition to clean energy.

ComEd’s facility builds upon the strength of smart grid and other technology investments that are driving record reliability performance, increasing customer access to renewable energy and laying the groundwork for beneficial electrification in the company’s northern Illinois region where it serves more than 4 million customers.

Because much distributed energy resource (DER) adoption is deployed within the existing electric distribution system, utilities must reimagine the centralized, one-way power flow of the legacy grid as system-distributed and bidirectional. In the past, DER integration has required costly improvements such as line upgrades and transformer replacements. ComEd is testing an alternative called a Distributed Energy Resources Management System (DERMS), a platform that allows operators to incorporate various DERs without needing expensive upgrades.

ComEd is conducting a pilot project using DERMS technology in an area of its service territory that experiences frequent voltage fluctuations. The region’s power flow is heavily weather-dependent as it includes wind farms and three solar PV installations. High winds can force energy through the transformer in the reverse direction of power flow, exceeding the transformer’s maximum capacity and causing thermal overloads. DERMS mitigates this issue using an algorithm that actively manages power flow when the transformer reaches capacity.

To manage flow, the algorithm constantly monitors transformer MVA and calculates a 15-minute rolling average of these measurements. When strong winds push the average to 40 MVA (the rating of the transformer), DERMS automatically curtails output from each of the three PV installations so that the transformer does not exceed its nameplate rating remains functional. The system also allows operators the flexibility to prioritize between the order of connection vs. total system curtailment. Field implementation of this technology is ongoing, with the DERMS functional mode expected to go live soon.

Partially funded by the Department of Energy (DOE), SHINES-MISST seeks to develop and demonstrate integrated, scalable, and cost-effective solar technologies that incorporate energy storage. The project is an extension of an earlier DOE-supported effort that developed a Microgrid Master Controller (MMC) for the BCM. MISST has now been successfully integrated within the Microgrid Management System (MGMS), the commercial microgrid controller platform.

ComEd is currently performing Hardware-in-The-Loop (HIL) testing in the lab using RTDS (Real-Time Digital Simulator) technology. RTDS simulations use complex algorithms to mimic the actual behavior of the BCM while forming a closed loop with the MGMS. This allows ComEd engineers to test MGMS functionality in a safe environment while avoiding accidental interruptions to the power supply.

Engineers will next conduct planned islanding testing in two phases. In the first stage, engineers will perform MGMS testing using an algorithm for controlling and coordinating the dispatch of solar PV and the battery energy storage system (BESS) into the microgrid. This process will verify that the MGMS’ functionalities are defined by the sequence of operation and ensure compatibility between the MGMS and other control hardware. In this phase load banks will simulate the actual behavior of the BCM, shielding ComEd customers from exposure to load drops and fostering a seamless transition.

Following phase I testing the project will undergo final field execution in the BCM to demonstrate MISST technology in standalone island mode. This stage will utilize the actual MMC, existing BESS and PV solar, controllable generation, and the full microgrid load. The project has experienced lab delays due to COVID-19 and is expected to be fully complete by mid-summer 2022.

The energy market is continually shifting toward renewable generation as more consumers invest in energy generation and storage for their homes and businesses, offering an opportunity for better supply and demand management. SEEDER capitalizes on this trend and creates efficiencies for both producers and consumers by forming a transactive energy marketplace (TEM) for DERs. The project will create a platform that has the potential to allow ComEd customers to purchase and sell power from one another.

SEEDER uses software developed by Opus One that calculates a distribution location marginal price (DLMP) for retail markets, then generates optimal price signals for DERs as well as optimal dispatch schedules for their deployment. ComEd is currently conducting a proof-of-concept technology that will enable a TEM and will then simulate such a marketplace in the lab using RTDS. SEEDER experienced COVID-19 delays but RTDS integration and testing is now underway. When complete, ComEd will finalize tool development and prepare for user acceptance testing to demonstrate the field readiness of the DLMP methodology and technology.

Increased consumer interest in battery electric vehicles (BEVs) is accompanied by growing demand for charging stations that mimic the convenience factors of traditional gas stations including fast charging. XFC technology is considered a gold standard in the industry for meeting these criteria. However, utilities must carefully evaluate any significant impacts of deployment prior to implementing any new charging infrastructure. To allay these concerns, XFC explores the cyber vulnerability of XFC charging stations and their potential effects on distribution systems.

The XFC study is being conducted under an EV cybersecurity research project awarded by the DOE to Virginia Tech University. ComEd’s role is to test and validate XFC in the BCM as an example of implementation from a cyber-physical security perspective. First, ComEd is performing various lab simulations to predict how the technology may play out in the real world by developing an HIL-based simulation platform. The testbed consists of a main distribution panel (MDP) connected to both a grid simulator and Electric Vehicle Supply Equipment (EVSE) that integrates either a real EV or EV simulator.

The project utilizes RTDS to investigate the effects of different charging technologies and charging patterns on the distribution system. Tests are divided into two categories: (1) simulation-only, which investigates the impacts of charging patterns; and (2) HIL testing, which integrates a 350kW EVSE unit supplying a grid simulator that mimics an actual EV capable of 350kW fast-charging.

The team is also developing a customized EV simulator as most standard EVs, including those from Tesla and Leaf, are incompatible with XFC due to limited charging power levels. The customized simulators can test under both 50kW and 350 kW charging levels. As an initial conclusion, project investigators emphasize that the standard communication protocol will require new approaches and novel technologies to successfully enhance cyber-physical security and resilience between the EVSE and EVs.

Reliable and resilient operation of a microgrid requires real-time monitoring and control. Distribution Phasor Measurement Units (PMUs) can provide time-stamped voltage and current phasor data at a high sampling rate, yielding real-time snapshots of electric distribution grids and microgrids. To leverage the synchrophasor data from distribution PMUs deployed within the BCM, ComEd implemented and tested a three-phase distribution linear state estimator (DLSE). The DLSE performs state estimation as fast as the PMU reporting rate, up to 60 times per second, while traditional state estimation (SE) solves one every few minutes. This application can provide increased observability that supports real-time situational awareness and monitoring, aiding real-time control and optimization of the distribution system.

The performance of the DLSE is validated in the lab using RTDS, which simulates ComEd’s BCM network model in real-time and streams the phasor data from virtual PMUs to the Phasor Data Concentrator (PDC). PDC concentrates the phasor data and sends the data to the DLSE application where the phasor data is analyzed, corrected, and used for real-time estimation of the states of all the observable nodes in the microgrid. Various test scenarios including PV generation pattern, load profile, bad data conditions, DER on/off, and islanding/subsystem operating conditions were conducted.

The DLSE will be deployed in the field to help monitor and provide situational awareness. The technology can be an integral part of a distribution management system that enables intelligent control of DERs and wide area controls in the distribution grid and microgrid. DLSE also provides qualified (corrected and validated through state estimation) synchrophasor data for other applications using synchronized measurement. These applications include but are not limited to fault location and monitoring, DER monitoring and control, and event analysis.

With an emphasis on real-world testing of advanced technologies, ComEd’s GRiT lab is unique within the electric utility industry. Through the lab-related portions of multiple ComEd projects, engineers facilitate the swift adoption of university and national lab research and assess new technologies in a controlled environment through testing and piloting. Among ongoing projects, engineers are conducting testing that can curtail DERs and assist energy storage, promote a transactive energy marketplace, address cybersecurity readiness, and monitor real-time activities in a controlled environment prior to grid deployment. These state-of-the-art initiatives allow ComEd to minimize operational risks expand learning opportunities and accelerate the deployment of smart solutions that will enable its customers to fully realize the benefits of a clean energy economy

Lindsay Vacek is a Senior Business Program Manager within ComEd’s Smart Grid & Innovation team. Her role includes grant management for emerging technology projects such as research efforts conducted with support from the US Department of Energy. She holds a B.A. in international relations and the global environment from Brandeis University and a Master of environmental management from Duke University’s Nicholas School of the Environment.

Niroj Gurung is a General Engineer in ComEd’s Smart Grid Department where he focuses on the testing, evaluation and deployment of emerging technologies for the grid of the future. He has more than five years of experience in microgrids, distributed energy resources (DERs), power systems dynamics, modeling, and control. He received a B.E. in electrical engineering from Tribhuvan University (Kirtipur, Nepal) in 2012 and M.S. and Ph.D. degrees in electrical engineering from the University of North Carolina — Charlotte in 2017 and 2018 respectively.

Ziping Wu is a Senior Quantitative Engineer at ComEd. He received his Ph.D in electrical engineering from the University of Denver in 2016 and Master’s in electrical engineering from North China Electric Power University (Beijing, China) in 2009. His current research interests include power system operation and control, EVSE and battery storage, renewable power generation, smart grid technologies and microgrids. He is a Senior Member of the IEEE.

Shikhar Pandey is a General Engineer at ComEd. He completed his M.S. degree in 2017 and his Ph.D. in 2020 in Electrical Engineering from Washington State University — Pullman. His research interest in the smart grid area includes synchrophasor technology and applications, distributed energy resources, microgrids, resiliency and data analytics. He graduated with an undergraduate degree in electrical engineering from National Institute of Technology Patna in 2013.