More
Home Executive Insight How did you get your Start in the Grid?: Matt Kennedy of... 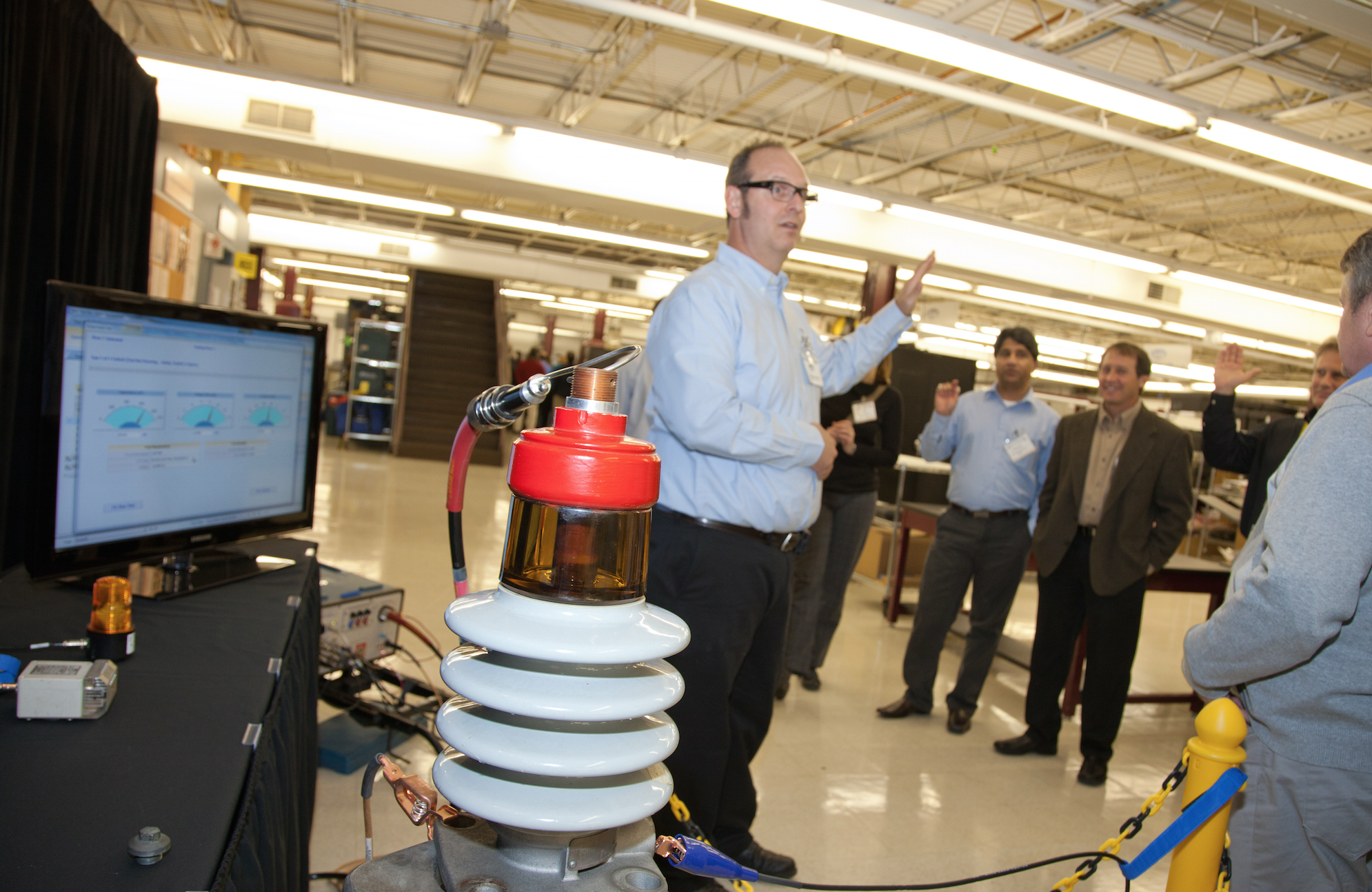 The latest participant in EL&P’s “How did you get your Start in the Grid?” series is G. Matthew Kennedy. He is Doble Engineering Co.’s Solutions Director: Enterprise and Data Products, overseeing the complete software and cloud product vision at Doble.

During his time at Doble, Matthew has had leading roles in the innovation and development of products such as the M-Series (M4, M5, M7), DTA, dobleARMS and dobleDATABASE.

“I started right out of college, but with a much smaller grid: that is the nuclear power plant and electrical distribution system of a U.S. Navy Submarine.  After serving five years in the Navy I joined Doble Engineering where I became involved in diagnosing the health of power transformers, generators and other HV assets.

“This led to product development where I’ve been leading the development of hardware and software systems for testing HV apparatus and condition monitoring of asset health.  I really got the bottom-up introduction.”

2.      What happened in your childhood or teen years that drew you to working with electricity?

“During my senior year, I entered the science fair and decided to build a rail gun.  After learning how to wind magnetics, build photo-diode relays and electric supply I was hooked.  After shooting a nail deep into a brick (and tripping the schools breaker at the school) I was sold.  Electricity was suddenly cool.  I got honorary mention on that project, and was told I didn’t place because the project was a little too violent for the judges, so they made up a ribbon for me.  I should have glued seeds to the nails and called it an asteroid seeding system.”

3.      You served in the Navy as an officer. Tell us a little about your experience and the most important thing it taught you going forward?

“Being a nuclear engineer in the Navy was extraordinarily rewarding.  It was also much harder than I expected.  Some of my closest friends I have today I met while in the Navy.  There’s a comradery built there that lasts a lifetime. I served aboard the USS Nevada SSBN 733 which is a ballistic missile submarine.  It was exciting, and you never stop learning.  You spend almost two years learning how to become a nuclear engineer after college (UCSB) in the Navy, but once you get there you have to do so much more from driving the ship to running divisions of highly skilled technicians.

“The Navy pushes you hard.  The most important lesson I learned in the Navy is that there is no such thing as resting.  You are either learning something new and progressing or you are not pulling your weight.   You learn to ensure that continuous learning is part of your life.”

4.      You’ve played a big role in helping improve and define international standards for parts of the power industry? What are your key areas of expertise and why are they so important?

“Standards are about building trade and constancy in the market.  Without standards we don’t have a common lexicon and metric to discuss and build B2B ventures.  I have to admit that some of the standards I worked on were guilty pleasures. I’ve always enjoyed the getting deep into the science and technology of apparatus diagnostic.  But the value shows itself when a  standards serves to ensure that we can work together and communicate our needs from user to supplier to vendor.

“These types of standards are a civic duty to the industry on a global scale. How often do you get to make an impact on global scale?  I could never pass up those opportunities up.”

5.      Have you ever made mistakes in this career that somehow helped you in the long run? How so?

“I’m a firm believer that you must make mistakes to learn.  You must take risks to learn about how to do it better the next time.  I once experienced a particularly painful moment in my career due to a mistake that I made and was feeling very low and angry at myself.  My boss pulled me aside and said that people are more likely to remember those people who overcame adversity than someone who seemed to always get it right the first time.  He went on to explain that if you really wanted them to remember you, don’t just fix the problem but improve the situation and use it to create.  That people will remember.

“It was the right pick-me-up at the right time and I took it to heart.  I took away a second important lesson: I learned that a leader encourages people who make mistakes, not belittle them.  I learned what it meant to inspire others.”

6.      You helped develop Doble’s asset risk management platforms. How is the industry going in protecting its key assets and what could it do better?

“The industry is going to protect itself by spending wisely.  Asset risk management has a lot of moving parts.  I see a lot of utilities asking how many monitors should I buy or what data should I be collecting?  These are not the right questions to be asking out of the gate.  The first question is what is the condition of my asset today with the information I know?  Most utilities have serious issues with finding and managing data, and I see this to be the most challenging problem to face utilities over the next decade.

“We’ve moved from paper to electronic files, and from electronic files to databases.  Unfortunately, a lot of data has been lost along the way. Data still exists in paper form, islanded electronic files and in several legacy databases.  Utilities need to figure out how to get access to this data in such a way that it’s usable in a larger asset management system, but need to ensure the data is maintained.

“The utility needs to get very serious about data governance, and before they start large data aggregation and scoring projects.  We need to learn how to manage the data form the moment of creation all the way to the final analytic systems.  That going to take a great deal of process and data governance control.  Until utilities can crack that nut, they aren’t going to be able to have confidence in their decisions.”

7.      What scares you most about potential flaws in the grid

“I’m concerned about grid and asset domain knowledge as it relates to cyber security.  We have experts in the industry in cyber security and consultant and design engineers for the grid and associated assets, but it’s hard to find those who understand both.

“One doesn’t answer to the other, but they both need to work together. Domain experts need to be able to access the information and understand the criticality of the data they manage and then ensure that the security meets the objective and standards.  When one runs without the other, the implementation becomes lopsided and then our ability to make decisions about the grid become inefficient.

“At the highest levels in a utility there needs to be an attitude that IT-cybersecurity is there to support the business of being a utility.  Yes that involves imposing controlled cybersecurity technology, but it also means working with the domain experts and being part of helping them craft systems that work toward making decisions, not just firewalls.”

“Let me share a key mentor in my life: Dr. Mark Lachmann.  He is one of the smartest apparatus experts that I know in the industry.  When trying to understand the condition of a transformer and its ability to provide continued service he’s the best.  During the 90s, we were undergoing an renaissance in the power industry: computer aided diagnostics (we hadn’t started to use the word analytics yet)!  This led to much more sophisticated diagnostic techniques for HV apparatus; the old ways were getting a dose of high technology and the tech boom was starting to rev up.

“It’s hard to bring cutting edge technology to an industry that values consistency. Trying to build this into your career was also difficult.  Dr. Lachman fully supported my outlandish ideas but ensured I stayed grounded (pun intended).  The most important thing Dr. Lachman said to me was, “Matthew don’t get frustrated about making change, do the job that you want to do and everything will follow.

“I did exactly what he told me to do, I decided that I just needed to do what I thought was right and ensure that I stayed grounded in science.”

9.      You are a blues keyboardist while not working on the grid. What drew you to that music, who are your favorite artists and how would you define your style?

“It was sort of a fluke.  I was a classically trained pianist growing up, but needed an outlet.  I feel in with a group of musicians who were all 20-40 years older me and they took it as their personal missions to ensure I knew everything about music from the 40s to the 60s.  I took to the improvisational style of blues and funk.  It was a great way to unwind;  you haven’t lived until you have played a 30 minutes straight blues-jam.”

“My favorite artists are Hammond B3 organ players (by far my favorite sound on the planet) such as Jimmy Smith, Joe De Francesco and Keith Emerson.”

10.  Tell us something about you that might even surprise your friends.

Editor’s Note: If your grid-sector company or utility has an interesting person to feature in this series, contact Senior Editor Rod Walton at rwalton@pennwell.com

Previous “How did you get your Start in the Grid?” features: