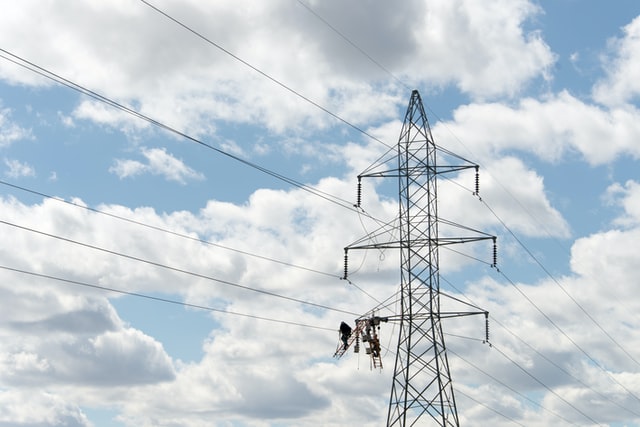 For the past several years there has been an almost constant stream of success stories for the economics of renewable energy. Renewable energy is surpassing coal and nuclear as a provider of electricity in the U.S., and is on track to widen that lead greatly over the next decade, according to U.S. Energy Information Administration projections.

While the economic picture is bright, the practical work of building clean energy projects — securing land rights, working with local and state regulations, gaining a variety of state and federal approvals — can be difficult. For example, the interconnection stage – in which an energy project requests to connect to the distribution or transmission grid – can cause significant delays. Improving the interconnection process will be a big help for businesses that are trying to meet sustainability goals, landowners and communities that want income and tax revenue from renewable energy projects, and other potential beneficiaries of advanced energy.

If renewable energy and other forms of advanced energy are to deliver on their promise to transition the electric grid to the future, the laborious interconnection process with utilities will need to be addressed.

The process of interconnection is tightly controlled to prevent locations on the grid from becoming overloaded, which is why a new power project typically must wait in an interconnection “queue.” While some investment of time is necessary to keep the grid safe, there are dangers if the interconnection process becomes overly burdensome and costly. For example, a prospective wind or solar farm needs to have financial backing secured throughout much of the project’s timeline in order to fund development and persuade regulators and the local community that the project is viable. But the studies to determine when the project can connect to the grid may drag on for an indeterminate number of months, spooking investors who need to be able to know exactly when the project will begin generating a return and making financing more expensive.

There has been evidence that these bottlenecks are getting worse as distributed energy like solar, battery storage and CHP has taken off.

A cumbersome interconnection process also leads to negative impacts across the economy that cannot be easily seen. For example, many hospitals or other critical facilities connect combined heat and power (CHP) systems to the grid. These systems involve a generator using a fuel like biomass or natural gas to create both heat and power as a source of reliable backup energy in case the grid goes out, while also allowing the facility to save money on heating bills. Every day such a system is unnecessarily delayed, critical facilities do not have access to CHP technology that can help them be more resilient in emergency situations.

With the recently launched MI Power Grid initiative, Gov. Whitmer and the state’s regulators have said they want to find big, transformative ways “to maximize the benefits of the transition to clean, distributed energy resources for Michigan residents and businesses.” Getting that maximum benefit will not be possible if solar, wind, storage and CHP projects are continually bogged down or delayed by rules and procedures for interconnection that are not suited for a world with much more distributed energy than in the past.

As the president of the Michigan Energy Innovation Business Council (Michigan EIBC), the Michigan’s distribution grid is our focus for improving interconnection rules. But our state is far from the only one grappling with this problem – many state public utility commissions have followed the lead of the Federal Energy Regulatory Commission to improve the interconnection process so that projects can smoothly move forward without delays. These experiences have provided several lessons that can guide states like Michigan that are transitioning to more renewable energy but still need to get many of the rules right. The Michigan Public Service Commission is in the midst of revising its interconnection procedures.

Michigan EIBC has participated throughout the process to advocate for a simplified, streamlined, and fair path to interconnection. These are some of the principles we have identified, some modeled off other state rules, that can pave the way for a smooth road ahead for energy projects seeking to connect to the grid.

–Require more information up front so less time is wasted down the road. This can be done by setting standards for “pre-application reports” that developers submit to provide details about the location of the proposed project. Other states, such as Minnesota, now require these reports. According to a Michigan EIBC member that is a major renewable developer working in both states, Minnesota’s requirement, “allows for a more accurate pursuit of favorable locations, which helps not waste developers’ and the utility’s time with interconnection studies.”

–Create a streamlined process for smaller projects. Renewable energy facilities come in a wide range of sizes, from utility-scale projects that can power thousands of homes to large commercial solar arrays powering a multi-story building to a few solar panels on a single house. The likely impact on the electric grid also varies with size, so it does not make sense to subject all projects to the same level of time-intensive studies. Federal regulators have proposed a “fast track” review process for projects under 5 megawatts in capacity and Michigan should follow suit.

–Be more transparent about the queue. Distributed energy projects in Michigan have been largely kept in the dark about what is happening behind the scenes after they apply. There have not been rules to ensure that project developers are provided more detailed queue and process information, such as where a project is in the line and how long it might be waiting. Putting those rules in place can make planning projects easier, hopefully leading to more renewable energy in the long run.

–Be more flexible about what triggers a “material” change. The studies required during the interconnection process can take months, if not years. When all is said and done, a piece of equipment that was available originally, may no longer be manufactured. Sometimes a small change in the design or equipment submitted after the initial interconnection request can set the approval process back and force studies to have to be redone, potentially leading to months of delays. While additional review may often be needed after a significant change, regulators must set fair standards that delineate what is a “material” change that could lead to delays and what is not.

–Help map the grid of the future. Interconnection is more than just a checklist to complete as a wind farm or solar array gets off the ground. It can be an opportunity to improve the efficiency of the grid by enabling distributed energy to go where its power is most needed. As Michigan EIBC has long argued, utilities should provide publicly accessible “hosting capacity” maps that communities and developers of projects can consult before planning projects and applying for interconnection. Such maps would essentially show where the grid can accommodate new power resources and help not only project developers figure out where to install more distributed energy, but also unlock benefits for all electric consumers. For example, solar arrays can feed excess energy back onto the grid and in the right place, those energy exports can be used to make electricity service more dependable for customers.

Renewables and other distributed energy resources are only growing in popularity, so unless action is taken to simplify the interconnection process, more and more projects will face delays. States like Michigan need to set the best rules they can to ensure we’re able to achieve the grid of the future.

Interconnecting solar and energy storage is one of the main focuses of the October DISTRIBUTECH + series, which takes place October 28 and 29, 2020 and features speakers from NREL, NYPA, Avista, Guidehouse, IEEE, SCE and more. Learn about the event here and register to see the full agenda. It’s free!