“April was a busy month, with new lines energized, new project announcements and a flurry of existing project activity,” Rosy Lum, chief analyst for TransmissionHub, said. “This level of activity builds on a successful first quarter of 2013, in which the industry completed over $1 billion USD of new construction.” 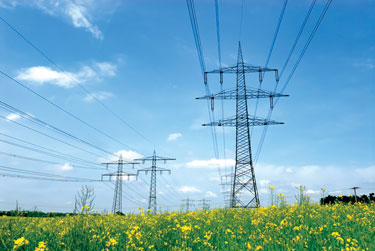 In addition, a new project was announced by the Westlands Water District, which will support a new 2,400 MW solar power facility near Fresno, Calif.

Other project updates in the Transmission Hub Monthly Project Review:

·      Clean Line signed an agreement to acquire Power Network New Mexico, a company that is developing, with the New Mexico Renewable Energy Transmission Authority (RETA), a 200-mile, 345-kV transmission line. The project will give Clean Line access to the Four Corners area.

·      ITC Midwest filed for approval of a certificate of necessity and a route permit for the 100-mile Minnesota to Iowa 345-kV line with the Minnesota Public Utilities Commission. The Minnesota Department of Commerce staff has recommended that the PUC approve the route permit.

·      BC Hydro will extend its Northwest Transmission Line by 58 miles and add a 10-mile distribution line to the project.

·      The U.S. Bureau of Land Management released the final environmental impact statement (EIS) for the Gateway West project, a 990-mile transmission line that is proposed to run from Wyoming to Idaho. Idaho Power and PacifiCorp. are jointly developing the project.

The full report is available on TransmissionHub.com