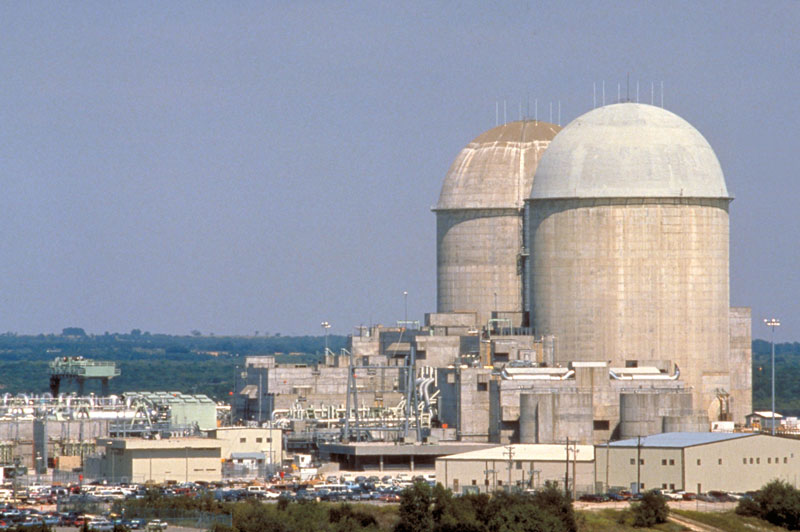 The incoming Nuclear Energy Institute (NEI) president and CEO Maria Korsnick spent 60 minutes talking with reporters Oct. 14 about issues ranging from the State of New York’s nuclear-friendly energy policy to the cost-cutting in her industry.

On Oct. 4, NEI announced that Korsnick, currently the COO at the trade organization, would become its new chief executive on Jan. 1, 2017 with the retirement of Marvin Fertel who has spent nine years at the NEI helm.

Don Brandt, NEI’s chairman of the board and the chairman, president and CEO of Pinnacle West Capital introduced Korsnick to reporters in Washington, D.C. Brandt said Korsnick was prepared to lead “particularly as the industry is under duress.”

“She challenges people, she innovates ” and she gets results,” Brandt said. “Her enthusiasm is contagious,” Brandt said. “Industry leaders have been widely impressed” with her work at NEI over the past 17 months.

Korsnick has served as NEI’s chief operating officer since May 2015 as a loaned executive from Exelon and Constellation Energy Nuclear Group (CENG). In that role, she has guided NEI’s day-to-day operations and represented the industry before a multitude of stakeholders. She has an engineering degree and spent 18 years in operational issues at Baltimore Gas & Electric and the Calvert Cliffs nuclear plant.

Korsnick said she was honored to succeed Fertel. She also noted that she had worked in a variety of roles across the industry, including as on-site experience in a nuclear plant control room.

“I come to this new post with a nationwide view” of what faces the industry,” Korsnick said. She said she shares a “passion” for nuclear energy and hopes to broaden the policy discussion on atomic power.

A recurring theme during her hour-long news conference was finding ways to get regulatory and legislative policy to reflect the value of nuclear’s carbon-free baseload generation.

Retired units have primarily had their generation replaced by new natural gas plants, Korsnick said. This is bad news for the effort to reduce carbon emissions, she said.

“There are things that nuclear [energy] brings to the market that currently are not valued,” the NEI official said. “Nuclear has all its fuel on site for 18-to-24 months.” That can come in handy in a polar vortex, she said.

“We are almost taken for granted that we are there for the stability of the grid,” Korsnick said.

She was asked if the most important policy arena for nuclear power was Congress, the Federal Energy Regulatory Commission (FERC) or the states.

“Ultimately, I think the answer is through FERC [because of its importance in the marketplace],” Korsnick said. “But I think that bridge happens at the state level.”

The challenge is to make policy makers recognize the “environmental kindness” that nuclear energy brings. Korsnick, at one point said supporters need to make nuclear “politically correct if you will.”

“One of the reasons I’m excited about the New York solution is that they used the social cost of carbon” in coming up with the solution, Korsnick said. She sees the idea as something that could spread to other states.

“I’m a generally optimistic person,” and continue to believe that Illinois lawmakers will ultimately pass a package to keep struggling Exelon reactors operating in that state.

Although Exelon has held off on retiring Illinois nuclear units, the company has not “cried wolf” on the retirement issue. It was prudent to give lawmakers time to mull the impact of baseload retirements. These plants are not something that you can easily shut down and then restart, Korsnick said.

When asked about cost-cutting, Korsnick said much progress has been made already on an “aspirational” goal of cutting costs 30 percent. Fertel mentioned the 30 percent target in a speech to Wall Street investors in February.

NEI felt that a 10 percent target would be seen as mere “belt-tightening.” Instead, the industry wanted to start with “a clean sheet of paper” and be really innovative.

A half-billion dollars in savings have been identified in the first year, for domestic fleet, Korsnick said.

On the markets front, Korsnick hopes that various RTOs and ISOs and suggest effective nuclear-friendly policies to FERC as well.

On another question, Korsnick said there are no technical reasons that would prohibit certain nuclear plants for operating a total of 60 years. A couple of units have already announced plans to propose a second 20-year license extension to NRC.

“Does that mean every plant gets second license renewal?” No. Markets are the reason, Korsnick added.

NEI officials said an audio recording of the press conference would be posted on the organization’s website for a week.