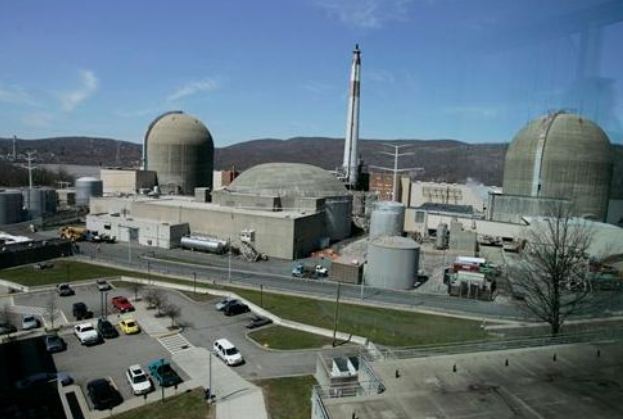 Even though its current license expires in December, the Entergy Indian Point 3 nuclear facility in Buchanan, N.Y., will continue to operate while its license renewal application is contested before the Nuclear Regulatory Commission.

The Indian Point relicensing case has been going on since 2007. Entergy has been seeking a 20-year license extension from the NRC’s Atomic Safety Licensing Board (ASLB). Although Indian Point 2 saw its license expire in 2013, NRC allows it to continue running under the “timely renewal” provision where a license extension was sought prior to expiration.

The current 40-year nuclear license for Indian Point 3 officially expires Dec. 12 of this year, according to an NRC website.

Gillibrand said she has also raised concerns with NRC about various problems with transformers over the years at Indian Point. Burns said there is monitoring that plants are supposed to do during their maintenance programs.

Gillibrand pointed to speculation that the Fitzgerald plant in Lycoming, N.Y., might be shut down by Entergy and what role “if any” NRC would play in that decision. Burns replied that NRC does not have a role in such a decision. But if the company did decide to shut the plant, then NRC would be very involved with shutdown, the NRC chair added.

Sen. Edward Markey (D-Mass.) questioned if Entergy has adequate financing for its nuclear operations. Markey said that the Entergy Pilgrim plant in Massachusetts has been placed in NRC’s lowest performance classification. Markey also said that Pilgrim is not the only Entergy plant in the lowest classification.