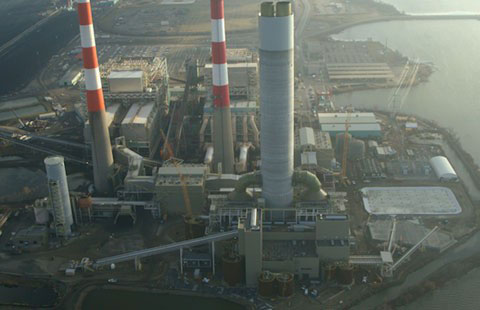 “I&M constantly works to reduce our environmental impact while generating and delivering reliable, affordable power to our customers,” said Paul Chodak III, I&M president and COO. “In the past year, we have built three solar power plants, and a fourth will come online before the end of 2016. We are proud to say about 60 percent of our generation is already emission-free, and our long-term plans include adding more renewable generation. Adding new, advanced emission control equipment at Rockport will further cut emissions from our lone coal-fueled power plant in Indiana while maintaining the low-cost, reliable supply of electricity it produces to support the local economies.”

I&M plans to install the SCR technology by the end of 2019, as set forth in a modified consent decree reached with the U.S. EPA, several northeastern states and a number of environmental organizations that agreed with the decree.

Each of the two Rockport units is capable of generating up to 1,300 MW. SCR – which operates in a similar fashion to a motor vehicle’s catalytic converter – is just the latest emission-fighting method I&M employs at its Rockport plant.

I&M also has reduced its overall environmental impact in other ways, including:

“-Increased use of renewable resources, including solar generation plants and 450 MW of wind power.

“-Robust energy efficiency programs that enable customers to reduce their energy use and reduce overall demand for energy.

“-Investments to ensure a long lifespan for its emissions-free hydroelectric generation and the Cook Nuclear Plant, which generates enough energy to power more than one million homes.