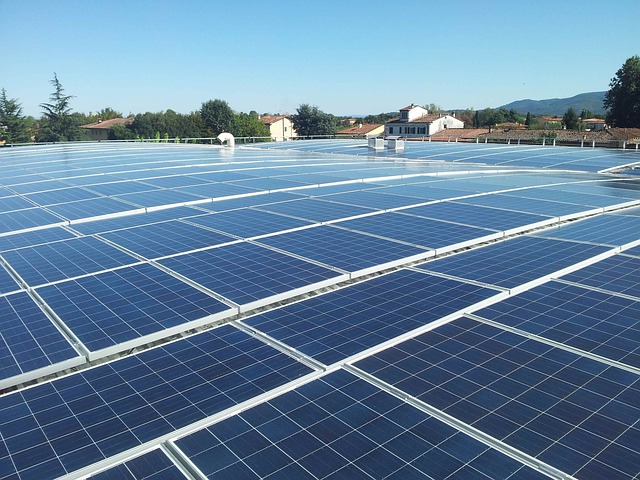 Fueled by the passage of the Future Energy Jobs Act (FEJA) in 2016 by the Illinois General Assembly, there is unprecedented interest in distributed energy resources (DER) such as solar PV, leading ComEd to see a dramatic increase in interconnection applications. In the last three years, DER interconnection applications to ComEd have risen by 1,500% and the pace continues to accelerate in 2019. To support the process of bringing more DER onto its system, ComEd has developed a distribution linear state estimation (DLSE) and a proprietary methodology to analyze hosting capacity to improve the interconnection process.

Each of these capabilities supports efforts to integrate higher levels of DER in different ways. As more intermittent renewable generation, such as solar PV and wind, becomes interconnected to the grid, technologies like DLSE provides electric utilities the enhanced visibility needed to keep the power flowing reliably.

Hosting Capacity is defined as the maximum DER penetration for which the power system operates in a satisfactory manner. Hosting Capacity Maps provide customers with a view of the available Hosting Capacity by area to help them make better decisions on installing DER. Because each distribution feeder is largely independent from its neighbors, the hosting capacity on a particular feeder can vary dramatically from those adjacent to it. Finally, hosting capacity analyses must consider how the generation might affect the condition of the feeder for each of the 8760 hours over the year.

Many utilities and stakeholders have proposed different approaches to analyzing hosting capacity to populate these maps. ComEd developed a stochastic method that better resembles how DER’s will be interconnected to the system to increase the accuracy of the analysis of the feeder hosting capacity. To develop this tool, ComEd assembled a cross-functional team that included members of its smart grid, distribution capacity planning, and asset information and system policy teams.

The utility first tested this tool on a small number of feeders and refined it to reduce the computational intensity without affecting the reliability of the results. The tool was then refined, both to make it more operationally efficient allowing it to analyze a large number of feeders in a manageable time frame, but also to offer additional options and functionalities. For example, the ADHCAT is able to accommodate a certain level of feeder model imperfections, allowing it to perform the analysis accurately even without certain spot load data. This data is shared in a hosting capacity map that is released publicly at ComEd.com and updated on an annual basis.

Building off of the hosting capacity map, ComEd has also made refinements to its interconnection process. For smaller installations of less than 25 kW of solar PV, ComEd has developed an automated screening process to identify the rare cases where the proposed DER would require a more intensive analysis to ensure it would not violate certain constraints.

In addition, ComEd has developed an advanced interconnection tool that enhances the interconnection process. This includes a customer-facing solar calculator that provides estimates benefits and costs that a customer might realize by installing rooftop solar, leveraging data about a particular rooftop and historical energy usage. It also includes a digital solar tool portal that provides, among other things, educational capabilities to developers to better understand the process. The entire process is managed through a backend system that enables ongoing communication between ComEd and customers seeking to interconnect DER.

In the South Side of Chicago, ComEd is installing the first utility-operated microgrid cluster, with a cutting-edge microgrid master controller that can operate the DER within either one or multiple interconnected microgrids. As part of the project, ComEd is also developing a microgrid-integrated solar storage technology to optimize the use of energy storage to support the integration of solar PV within a microgrid.

Within the microgrid, ComEd is exploring the demonstration of a distribution linear state estimation (DLSE) capability to support the usage of DER. This capability uses advanced sensors called phasor measurement units (PMU) to swiftly estimate the state of the system, allowing for timely actions that can respond to emerging challenges.  DLSE can also identify, and even correct, bad measurement data that are produced either by faulty equipment or hostile actors as part of a cyberattack. ComEd has partnered with a commercial software vendor to develop and customize the software that can perform three-phase DLSE in near-real time, and is demonstrating this using a real time digital simulation (RTDS) and control hardware in the loop capability in its Grid of the Future Lab.

This first phase of the project is focused on showing the functionality in a lab environment. It involves modifying and customizing the software, including modeling ComEd circuits for this purpose; testing and demonstrating the technology in the Grid of the Future Lab; and refining it based on test results and user feedback. Once this is complete, the technology will be demonstrated in the field within the Bronzeville Community Microgrid (BCM).

DLSE is one use case for PMUs, but ComEd is exploring a variety of ways in which they can be used to support DER throughout the distribution grid. In 2018, ComEd completed its first deployment of distribution PMUs outside of the microgrid, specifically consisting of 33 PMUs at four substations and the corresponding feeders. These devices will enhance observability in order to support the penetration of DER.

Smart inverters represent another critical technology to support the penetration of DER by providing advanced capabilities such as voltage control and response capabilities during reliability events. As part of FEJA, ComEd provides a $250/kW distributed generation rebate to commercial solar installations with smart inverters. As part of the regulatory approval process, ComEd implemented standard specifications that leverage smart inverters to mitigate the effects of DER on the reliability of the system.

As DER become increasingly integrated into the grid, they will become integral components to future distribution management systems including distributed energy resource management systems (DERMS) and advanced distribution management systems (ADMS). The holistic interoperability of these technologies will enable the benefits of DER to be fully leveraged —  from improved resiliency when interconnected to microgrids to higher levels of sustainability and reliability. Making that future possible, however, requires building off of the foundation enabled by these technologies and this innovation.