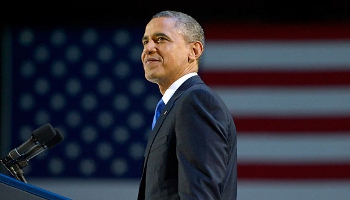 In July, the Obama administration will roll out a list of proposed energy policies and regulations aimed at reducing emissions and fighting climate change, according to a report by Bloomberg.

In the context of environmentalist pressure to block the construction of the TransCanada Keystone XL oil sands pipeline, President Barack Obama told fundraisers at closed-door events that the White House will continue to pursue measures to reduce greenhouse gas emissions, which are currently at record worldwide highs.

According to the Bloomberg report, a list of specific proposals is not yet known, however Obama could be referring to the anticipated finalized Environmental Protection Agency rules to address greenhouse gas emissions from new power generation facilities.

The EPA did not meet its April 2013 deadline on releasing these rules after protests by the electric power industry. The EPA is rewriting the proposed rules to address technical and legal concerns raised by the industry.

The White House is still deciding exactly which energy policies and regulations it will introduce, according to Bloomberg.

Congress, which is spending most of its time debating immigration policy, is unlikely to take up discussion of a wide-ranging set of energy policies.

The U.S. Department of State is examining the potential environmental impact of the Keystone XL pipeline. Power companies say the project would support American jobs and energy independence while environmentalists say it would encourage the burning of more fossil fuels and increase greenhouse gas pollution.