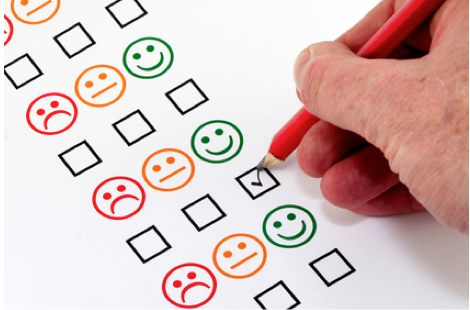 The improvements in the electric utility industry, however, are not keeping pace with those in other service industries.

“Residential electric utilities have done a great job adding capabilities for proactive communications about outages and upping their corporate citizenship involvement,” said Jeff Conklin, senior director of the energy practice at J.D. Power. “As a result, customer satisfaction levels have been improving over the past several years; however, when comparing satisfaction levels with many other service industries, such as television and telecommunication in which there is a physical connection to a home with a monthly bill payment arrangement, electric utilities are not improving at the same pace in overall satisfaction. Consumers are becoming more familiar with a higher level of service in their daily activities with other service providers and, as a result, their expectations are rising.”

Key Findings
“- Satisfaction in all six factors significantly improves in 2014, most notably in corporate citizenship (590), which increases by 12 points, and in customer service, which increases by 16 points year over year—the largest increase among all the factors. Satisfaction in all six factors reaches a six-year high in 2014, reflecting a steady improvement in the electric industry.
“- Communications satisfaction has increased steadily during the past six years, climbing to 592 in 2014 from 554 in 2009. Communication awareness has improved to 51 percent this year from 48 percent in 2013. Overall satisfaction increases to 701 when utilities proactively communicate outage information regularly and clearly via the channels customers prefer, including utility-initiated phone calls, emails, text messages and social media sites, compared with 624 when communication is not proactive.
“- Power quality and reliability, an important driver of customer satisfaction, has increased to 702 from 692 in 2013 and 677 in 2012. Customers experience much shorter outages in 2014 than in 2013. Among customers who experience an outage, the average longest outage is 5.6 hours, compared with 12 in 2013.
“- Overall satisfaction among electric utility residential customers has increased substantially in 2014 to 647, up 8 points from 2013 and 22 points since 2012.

Midwest Region
MidAmerican Energy ranks highest in the large utility segment in the Midwest region for a seventh consecutive year, followed by We Energies, DTE Energy and Alliant Energy, respectively.

Lincoln Electric System ranks highest in the midsize utility segment in the Midwest region. Next in the segment rankings are Omaha Public Power District and Connexus Energy and Madison Gas & Electric (in a tie), respectively.

West Region
Salt River Project (SRP) ranks highest in the large utility segment in the West region for a seventh consecutive year and receives an award in the study for a 13th consecutive year. Following SRP in the segment rankings are Sacramento Municipal Utility District, Portland General Electric and APS, respectively.

The 2014 Electric Utility Residential Customer Satisfaction Study is based on responses from 104,460 online interviews conducted from July 2013 through May 2014 among residential customers of the 138 largest electric utility brands across the United States, which collectively represent more than 96 million households.