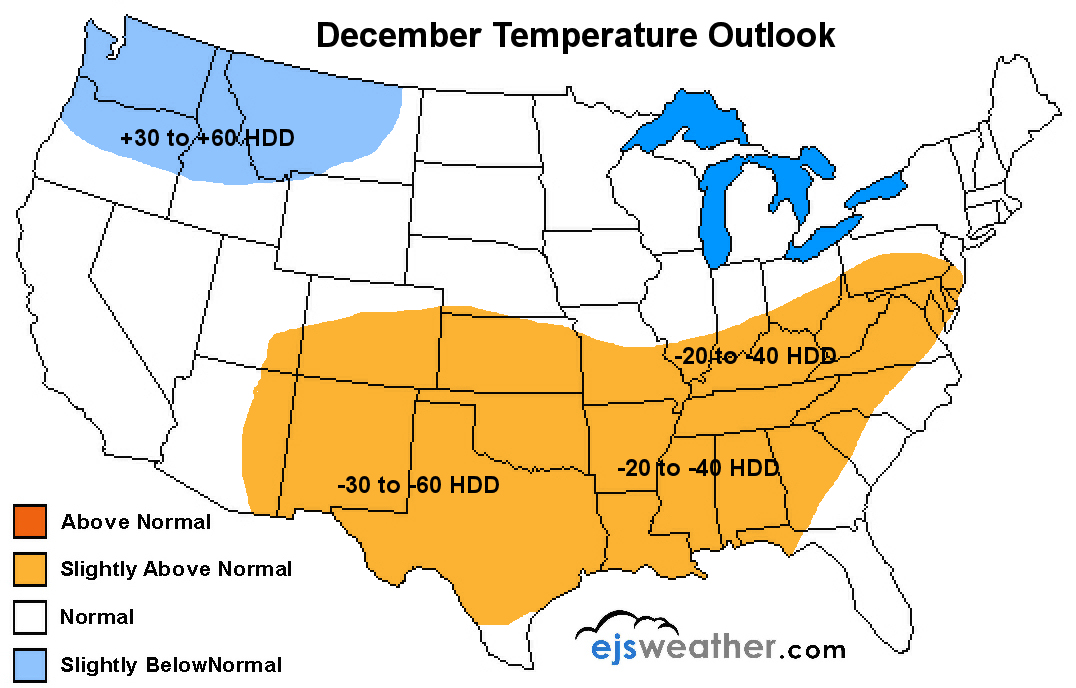 Sea-surface temperatures across much of the central and eastern Equatorial Pacific Ocean are running cooler than average by 1 to 2 degrees Celsius. This indicates that the anticipated La Nina phase has become established. Many of the latest long-range climate models suggest that this La Nina phase will persist through the upcoming winter. The NAO (North Atlantic Oscillation) has been negative for a little over a month. The NAO is forecast to remain negative into the first part of November. There are some indications that the NAO may become positive later in November toward December.

With that being said, slightly above normal temperatures are projected across portions of the southern Rockies, south-central Plains, Deep South, Tennessee Valley, Ohio Valley, and central Appalachians during the month of December. Monthly heating degree day deficits of between 20 and 60 are forecast throughout these regions of the country. Energy costs with respect to heating are also likely to be somewhat lower than average in these areas. In contrast, parts of the Pacific Northwest and northern Rockies are predicted to see temperatures average slightly below normal in December. A surplus of monthly heating degree days of between 30 and 60 is expected across these regions. Temperatures will average closer to normal across the northern Plains, upper Midwest, Great Lakes, and Northeast during the month of December.