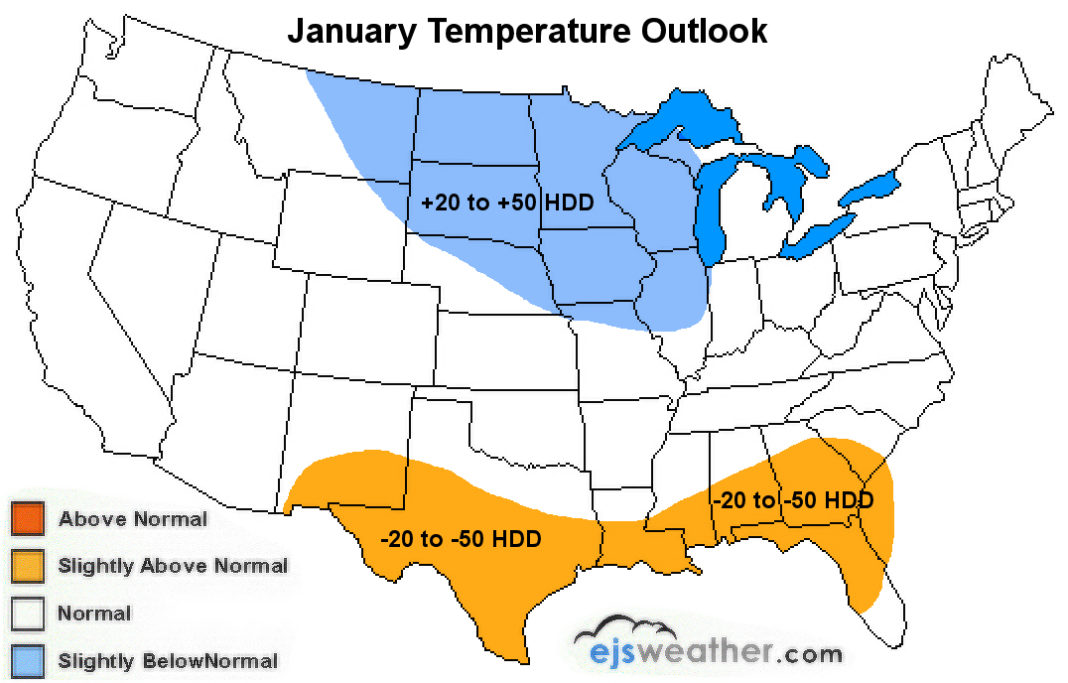 The La Nina that has developed across the Equatorial Pacific Ocean during the past couple of months is holding steady. Sea-surface temperatures continue to be colder than average throughout the eastern and central Pacific Ocean. The latest long-range climate models suggest that this La Nina will persist through at least early spring and possibly beyond toward summer.

As for the January temperature outlook, slightly above normal readings are projected from portions of Texas to parts of the Deep South and Southeast. A deficit of monthly heating degree days of between 20 and 50 across expected across these regions of the country. Energy costs with respect to heating are also expected to be slightly lower than average in these areas during the month of January. In contrast, parts of the north-central Plains, upper Midwest, and western Great Lakes are forecast to see temperatures that on a whole average slightly below normal in January.

A monthly heating degree day surplus along with slightly higher energy costs with respect to heating are expected throughout these parts of the United States. Much of Northeast, Mid-Atlantic, and western U.S. are forecast to see temperatures average closer to normal during the month of January.