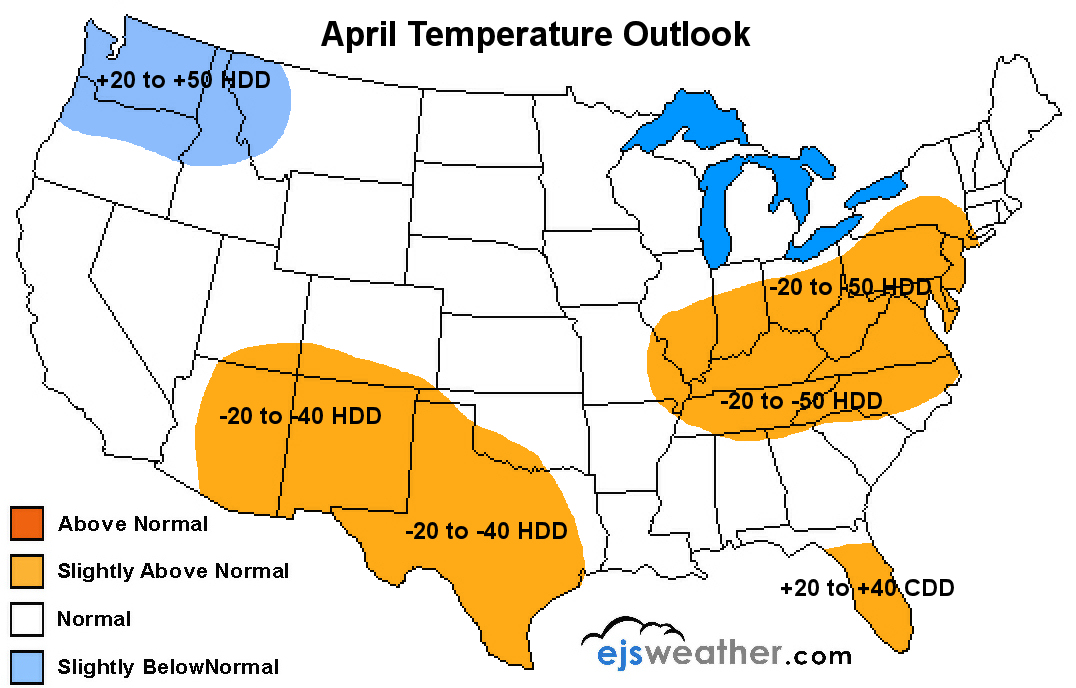 The La Nina phase that has been present in the Equatorial Pacific since last fall continues to persist. Sea-surface temperatures throughout the central and eastern Pacific have remained between 1 to 2 degrees cooler than average during the past month. The latest long-range climate models suggest that there is about a 60% chance of this La Nina transitioning into a neutral phase during the next few months.

Portions of the Ohio Valley, Tennessee Valley, Mid-Atlantic, Northeast, and south-central Florida are also forecast to see temperatures that average slightly above normal in April as the NAO (North Atlantic Oscillation) is projected to be positive through much of March and possibly into April. The Ohio Valley, Tennessee Valley, Mid-Atlantic, and Northeast will likely see a deficit of monthly heating degree days while parts of Florida see a low surplus of early-season cooling degree days for the month of April.