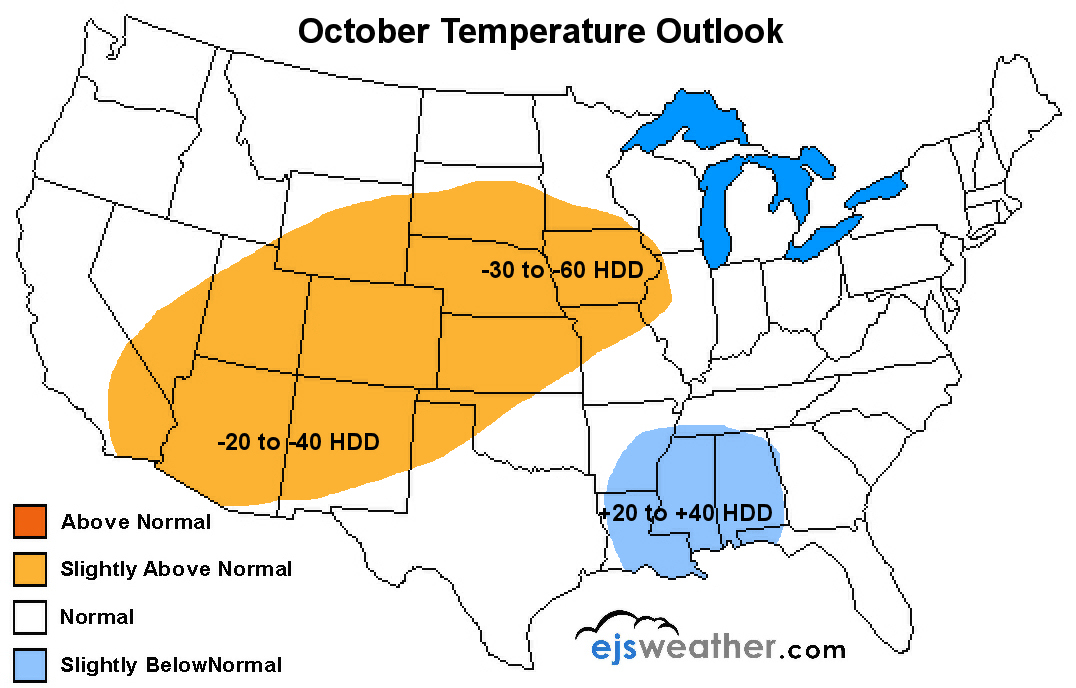 Near to slightly cooler than average sea-surface temperatures have persisted throughout much of the Equatorial Pacific Ocean during the past month. The latest long-range climate models suggest that the current neutral phase will likely transition back to a La Nina phase over the next couple of months. Once this La Nina develops, there is currently around a 70% chance that it will last through the upcoming winter season. If this La Nina phase can become established soon enough, it will likely be a main driving factor in temperatures across portions of the United States this winter.

As for the temperature outlook for the month of October, slightly above normal readings are projected across parts of the north-central Plains, central Rockies, and Desert Southwest. There will likely be a deficit of early season heating degree days of between 20 and 60 across these regions of the country. Much of the Great Lakes, Ohio Valley, Mid-Atlantic, Northeast, and Pacific Northwest will see temperatures average closer to normal on a whole during the month of October. There are some indications that parts of the Deep South and lower Mississippi Valley may see slightly below normal temperatures in October. These regions may see a small surplus of early season heating degree days of between 20 and 40.