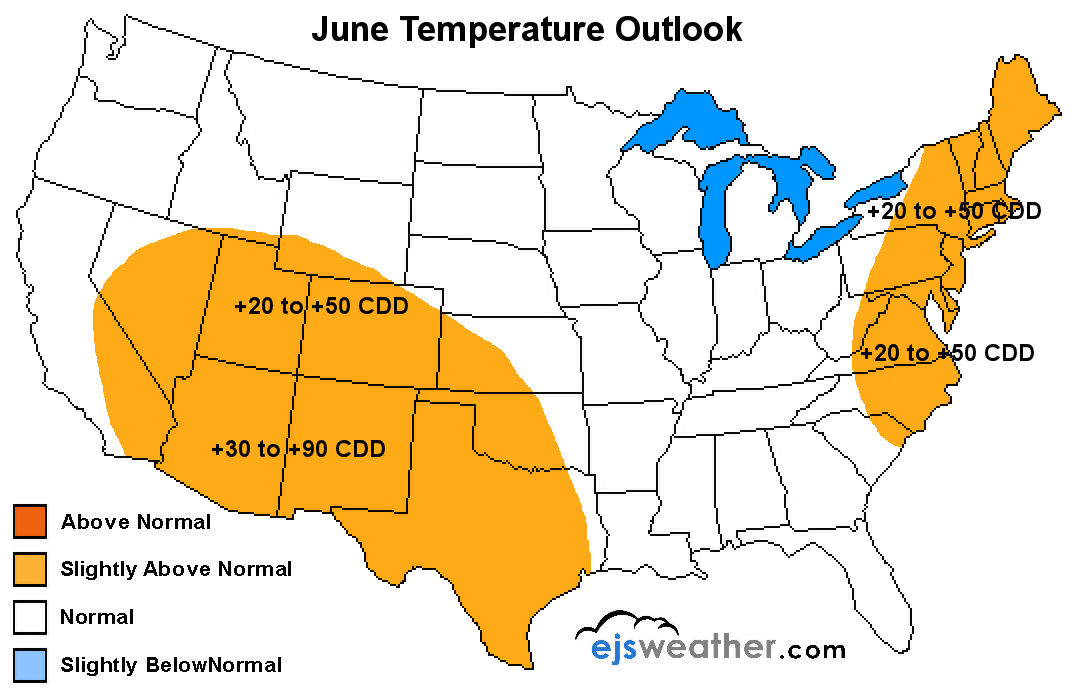 As predicted by many of the long-range climate models, the La Nina phase in the Equatorial Pacific Ocean is currently transitioning into a neutral phase. During the past month, sea-surface temperatures have continued to warm and are now closer to average across the central and eastern Pacific. Most of the latest long-range climate models suggest that this neutral phase will persist throughout the upcoming summer season. As for other climate indices, the NAO (North Atlantic Oscillation) is still negative and is forecast to remain so through the middle of May. There is some possibility that the NAO may become more positive toward the end of May into June, but that will have to be monitored.

As for the June temperature outlook, slightly above normal readings are projected throughout the southern Plains, south-central Rockies, Desert Southwest as well as across parts of the Great Basin and Intermountain West. Parts of the Northeast and Mid-Atlantic may also see slightly warmer than average temperatures during the month of June. A surplus of monthly cooling degree days of between 20 and 50 is expected across much of these areas of the country. The exception may be in parts of the Desert Southwest where a surplus of cooling degree days of between 30 and 90 is projected. On a whole, temperatures are forecast to average closer to normal in June from the Pacific Northwest to the Great Lakes and down to the Deep South.

Reflecting on the Colonial Pipeline attack: Utilities must ensure their OT is cybersecure