More
Home Executive Insight Lessons From the Polar Vortex: How Energy Retailers Can Prepare for the... 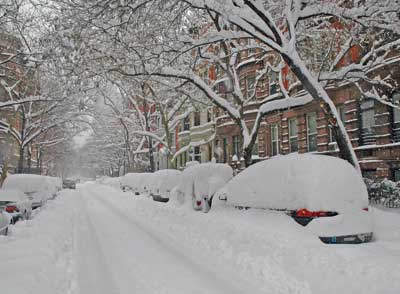 Just the recollection of the polar vortex of 2014 sends a chill down the spines of U.S. energy retailers.

What should have been an ideal opportunity to reap more revenue and profit as that rare blast of Artic air swept southward last January instead proved disastrous for some energy companies.

Caught in a swirl of inflexible pricing and spiking electricity demand, energy retailers suddenly found themselves upside down.

As wholesale prices soared, they were stuck with previously negotiated price caps.

The polar vortex proved to be the most impactful meteorological event in 2014, and some retailers headed for the exit. Dominion and other major energy companies pulled out of the retail electricity market soon after the polar vortex subsided.

It turns out the company was overexposed on the wholesale energy market during the polar vortex.

But that was last year, right? All of the glitches have been worked out and there’s nothing to worry about now.

Energy retailers would be foolish to regard the polar vortex of 2014 as a once-in-a-lifetime event.

Instead, last year should serve as a wake-up call around their lack of clear pricing strategies and discipline.

But how can they avoid this catastrophe again? The answer: focusing their attention on tried and tested revenue management strategies that can help them profit during the next winter storm.

Before examining these strategies, let’s delve into how the industry got into this situation.

The Vortex and the Race to the Bottom

What transpired in January 2014 was a ferocious and unprecedented deep freeze.

Starting just after the new year, air that typically sits over the polar region during winter-some of the coldest air in the northern hemisphere-slumped down across Canada and into the northern U.S.

Temperatures fell to near zero with a wind chill of minus 30 and even colder in some places.

Americans turned up their thermostats and tossed electric blankets on their beds, and electricity use surged across the grid.

PJM, which at one point had nearly 40,000 MW of production offline, resorted to emergency measures to narrowly avoid a blackout.

Others were forced to invoke the same demand response-once reserved primarily for use during the dog days of summer to balance the power grid-including the Electric Reliability Council of Texas and the New York Independent System Operator.

Others weren’t as fortunate. A South Carolina utility was forced to implement rolling blackouts, and the Tennessee Valley Authority had to shut down power to Murray State University in Kentucky during the freeze.

This was a bad storm by any measure, but what made it worse was what preceded it.

In a race to grab market share from competitors, some electric retailers had offered incredibly low fixed rates-and not just to residential customers, but to commercial customers, as well, including big manufacturing plants with big energy needs.

Stuck with uncompetitive and inflexible agreements that now required them to sell electricity for far less than they could purchase it on the wholesale market, energy retailers watched as their profit margins were obliterated.

Their race to the bottom, coupled with the record cold wave, proved a poor strategy.

Prepare for the Next Storm

Whether it’s this year or later, another deep freeze will descend across the U.S. border.

When it does, lessons from the 2014 blast could help electric retailers mitigate the damage and even profit.

To start, companies must initiate some tried pricing and revenue management strategies.

They should apply varied pricing strategies across statistically driven customer segments, based on an understanding of which customers should be paying which rates and when.

Further, sophisticated mathematical modeling of price optimization can determine when it’s necessary to drop prices and how low to go.

In addition, companies must develop the capability for mathematical simulation to produce “what-if” scenarios based on different outdoor temperatures, demand levels, wholesale costs and pricing.

This type of predictive analysis will insulate them well against the next cold wave.

To prepare for the next storm, follow these essential revenue management steps:

1. Understand your demand forecast. By analyzing historical data, energy retailers can forecast demand better. What happens with energy demand when temperatures fall 5 degrees below normal? Or 10 degrees? Or stay below freezing more than two weeks? It is critical for energy retailers to gauge as best as possible what happens when demand spikes or plunges so they can set appropriate pricing strategies.
2. Segment by key factors. Energy retailers shouldn’t assume that one size or price strategy fits all. Instead, they should consider varied pricing strategies that consider, among other things, the size of their customers, price sensitivity, usage patterns, overall demand and any other statistically significant attributes. Data-based segmentation means greater accuracy of decisions, more flexibility and a better chance of overcoming bad weather.
3. Measure and monitor. Energy retailers, by equipping themselves to forecast demand and segment by key factors, can establish new pricing strategies. But their work isn’t done. They must continue to measure demand and pricing changes to make certain they have forecast and set rates accurately. The marketplace, like the weather, is dynamic and ever-changing.

Armed with a revenue management strategy, energy retailers will be better equipped to endure and remain profitable during the next unforeseen blast of Arctic air.

Michael Bentley is a partner at Revenue Analytics, where he manages client relationships and leads engagements for Fortune 500 clients on pricing and revenue management strategies, analytics and business process issues. Reach him at mbentley@revenueanalytics.com.