Change is roiling the power distribution market and existing business models are being disrupted.  If this is the age of the smart grid, then power distribution planning must also be smart. Critical to smarter planning is better localized physical system and financial analyses.

Regardless of whether locational resource planning processes are managed by new entities, such as the Washington, D.C, city council’s proposed first-in-the-nation independent DER Authority or through an expanded public utility commission facility, the frequency of filings will accelerate as more DER permeate the grid.  As seen in the DC DER Authority debate, conflicting interests spar with concerns being raised about customer data privacy and security and the utility’s ability to continue to provide reliable service with yet another entity in addition to the PUC overseeing major infrastructure decisions.

More than ever, these data driven decisions will need to leverage granular spatial and temporal operational and commercial data to support informed decisions by whatever form of governing body emerges.

During the 20th century, the utility mandate was to generate, transmit and deliver cheap and reliable power.  And for the past 100 years the North American power grid has done so successfully and been the backbone of industry and quality of life in the United States. Over the past 20 years additional mandates have been added to include energy efficiency, renewable energy and consumer choice. Utilities, with regulators and other stakeholders, have been working to incorporate these additional mandates without negatively impacting reliability and cost.  This same collaborative – yet sometimes contentious – relationship will be necessary to reliably steer this industry through this era of transformation.

As we enter this era of rapidly expanding distributed energy resources (DER), including wind and solar, the integration of DER technologies of different types and scale offer both challenges and opportunities for utilities as they grapple with how to align their customers’ interests with their mandate to maintain grid reliability.

The introduction of DER to an electrical distribution system designed to deliver power in one direction, from the generator to the end customer, is quickly becoming a bi-directional platform.  Across the country we’ve seen the impact – and some of the unintended consequences – that these assets have had on system performance.  For example, the now well-known “duck curve” demonstrates the imbalance between solar energy production and peak demand whereby solar energy is plentiful during the day, but as the sun sets solar drops off while electricity demand peaks.

From a distribution planning perspective, utilities will continue to need to build the system to meet the highest demand on each circuit, while also accommodating—and assessing the impact on operations and reliability of—the growing number of DER on the grid.  With AMI, there are more granular data on each circuit and detailed hourly analysis of the aggregate load can be conducted to describe not only the current conditions, but also to predict future conditions, e.g., the magnitude and time of peaks.

Since reliability has always been job one for the utility, and not wanting to risk the potential public, political and regulatory fallout from outages due to overloading, system planners have historically oversized their assets.   Previous planning studies were based upon a single system peak day (or several seasonal peak days). Utilities built and operated systems that can handle peak demand even though capacity utilization can be less than 50 percent on system assets.  This mindset is no longer sustainable from a cost or public policy perspective.  Better data and analyses are needed using tools that are now available.

Critical efficiencies can be gained by both more granular spatial and temporal forecasting and an integrated resource planning process that incorporates DER assets—indeed all distribution assets–into the distribution planning.  From a cost of service perspective, utilities neither want to incentivize DER owners on circuits where there is excess capacity nor upgrade assets to accommodate a DER.  Any such expenditure would be shared across the rate base, raising rates for average customers.

Utilities of the very near future will be required to understand how to address this historic disruption to their industry in order to maintain reliability. As in the example above, utilities need to drill down into the data for those days in which the transformer is loaded at 90 percent or above and identify the key customers contributing to the peak load.  These customers can be targeted with existing demand response programs, energy storage or even load shifting. This virtual power plant (VPP) asset stacking will require detailed hourly forecast data for all potential VPP assets.

To add to the complexity of system operations planning, not all assets are “created” equal.  DER performance varies by location, weather and technology.  Therefore, the availability and performance of the assets have to be evaluated individually. Additionally, if there is a high penetration of DER, then system modeling has to consider the availability of that asset.  Say, for example, that on a humid August afternoon in Washington, D.C., a series of thunderstorms roll through. Although solar drops off, the demand for air conditioning load remains high.  Failure to properly balance the distribution system capacity and demand to handle the increase in load resulting from the loss in solar generation downstream of the substation risks losing a transformer.

For decades, utilities have submitted long-term resource plans with their public utility commission (PUC) or equivalent regulatory entity that ensure “cheap and reliable” power to consumers. These plans, which were intended to look 10 plus years out, historically took utilities years to develop and move through the regulatory process.  As DER proliferate on the distribution system, utilities need to focus on individual assets with a horizon of two to five years. An integrated resources plan featuring frequent analyses of asset performance and related financials is needed to help utilities avoid operational issues, overallocated costs and declining revenues on the grid.

The plan should include the integration of DER assets and performance modeling to determine the best “integrated plan” for DER and distributions assets.

The electric utility revenue model of the past 50 years has been primarily a rate-base driven model and has supported the American economy with cheap and reliable electric energy. The introduction of non-wires alternatives (NWA), net metering programs and continued declining load growth are having a duel impact on this rate based revenue model.  Not only are volumetric rates failing to capture the return on equity associated with past system investments, future system investments are also being deferred by NWA projects.

Utilities will have to consider new revenue models and move away from a dependence on purely volumetric rate-based revenues to stay profitable.  As the distribution systems moves to a more transactional platform, bi-direction fees for using the platform along with properly valued grid charges may become the new revenue model.

The Case of Ameren

To achieve a more integrated and detailed planning process requires Locational Resource Planning. Ameren is a power company that employs 8,500 people and provides power for 2.4 million electric customers and 900,000 natural gas customers throughout Illinois and Missouri. In working with Ameren, PowerRunner modeled multiple scenarios to give system planners detailed locational analysis of historical and forecasted downstream load to identify hourly capacity constraints on upstream assets  and potential need for system upgrades.  This process determined that on some of the utility’s circuits, there was no need for improvements– or DER incentives–because there was more than sufficient capacity on a circuit.

These dynamic assets are increasing and soon utilities may not have a choice when it comes to accommodating DERs. Change is upon us and accelerating.  According to GTM Research Solar DER installations will grow from approximately 2.0 million to almost 3.8 million between 2018 and 2022. And, according to Energy Innovation, behind-the-meter storage will grow from around 200 MW to nearly 1,400 MW.  EVs will go from today’s one percent of new car sales to over 50 percent by 2035.

In trendsetting California, the growth of DER assets is mandated by state law.  As announced recently, beginning in 2020 most new homes up to three stories high will have to incorporate solar. Tesla is pushing to produce 5,000 EVs per week. The economics of home energy storage are becoming more attractive.  Looking out another 10-20 years, more building codes will require DERs. Can utilities maintain system reliability and keep customers, regulators and legislators satisfied?  Part of an affirmative answer will certainly involve smarter, frequent and accelerated planning using localized physical system and financial analyses. The good news is that sophisticated planning tools are now available that can integrate disparate data for analysis, predictive modeling, planning and resource allocation and informed decision-making across the grid.

The end game has to be far more dynamic than most of our current IRP or PUC review processes. Whether new DER authorities, ISOs or PUCs are responsible for resource planning and NWA options, more localized physical system analysis and financial analysis is essential for distribution planning.  Utilities will need to model the performance of every end-use asset and feed each model into upstream models of higher-level system assets to ensure system fidelity.

Utilities all recognize that this sea change is upon them and that they need to get out ahead of the DER installations to maintain operational and financial stability.  Some utilities are already out ahead, adjusting to the realities of the new bottom up planning requirements that come with the increase in DER adoption and creating the utility of the future. 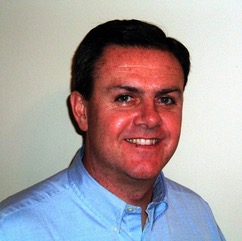 About the author: Dan Garvey is director of sales and marketing at PowerRunner. He has over 25 year of diverse energy industry experience beginning his career as an engineer with NStar, an energy manager with the US Navy, an account executive with Southern Company Energy Marketing and a technology sale executive with Siemens, Oracle (LODESTAR) and PowerRunner.  Garvey graduated from Merrimack College with a BS in Electrical Engineering and resides in Middletown, RI