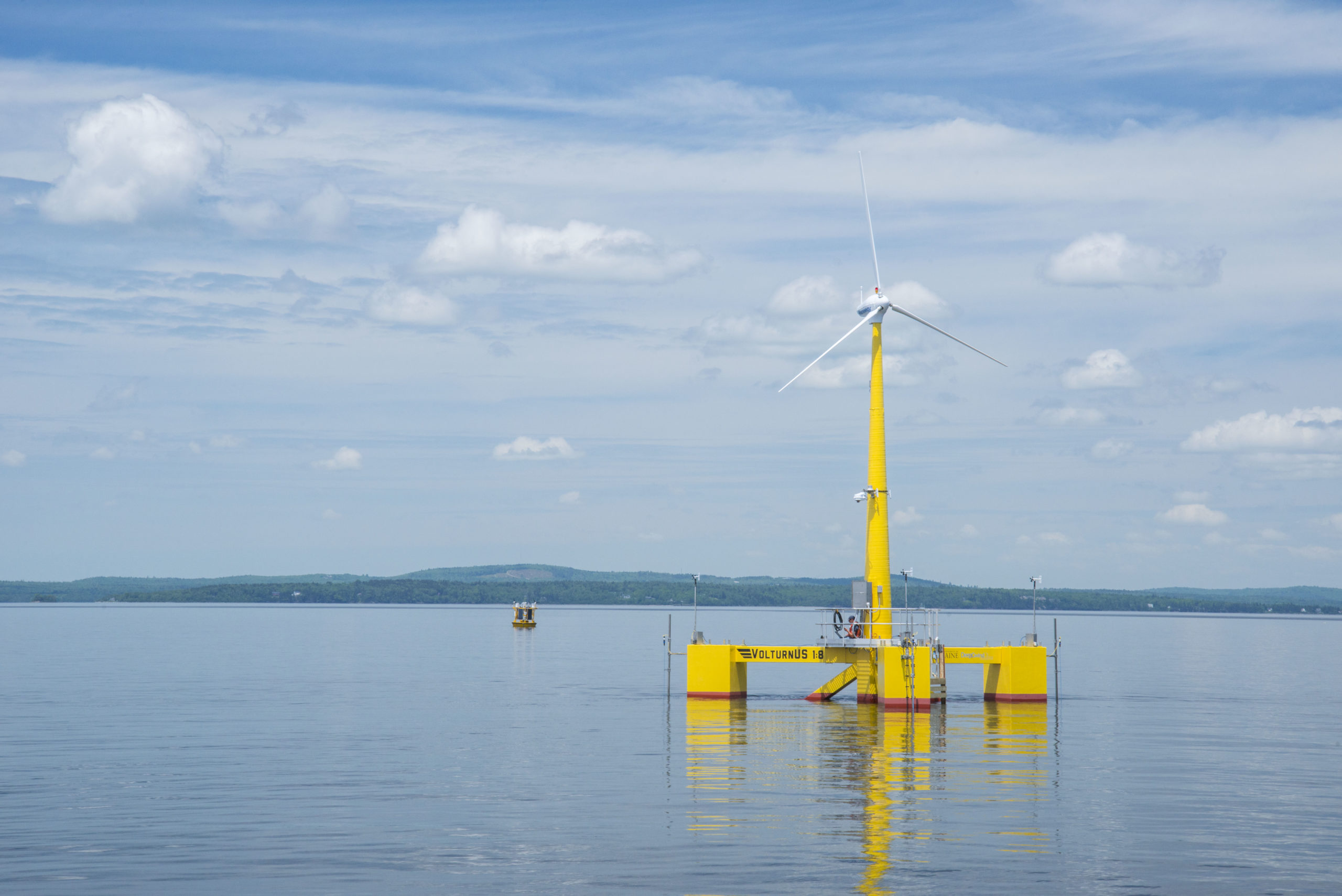 Could offshore projects be the wind in the sails to lift Maine’s flagging manufacturing sector?

A new report by the American Jobs Project certainly seems to think so. Despite some outside skepticism of the offshore wind investment potential, this report contends that wholehearted commitment could boost the state with thousands of new, long-term jobs, millions in financial windfall and helping Maine meet its clean energy goals.

“The Maine Jobs Project: A Guide to Creating Jobs in Offshore Wind” championed the state for having incentives in place, but pushed it to go further by raising tax credit ceilings, targeting foreign direct investment and upgrading ports to handle bigger wind turbine capacity. Such moves, the report predicted, could pay off handsomely.

“If just one port was upgraded to facilitate the U.S. offshore wind industry, 6,000 full-time equivalent jobs could be created and $449 million added to the state’s domestic product,” the Maine Jobs Project report estimated. “By the early 2020s, it is expected that wind turbine capacity will increase beyond 10 MW and rotor diameters will reach sizes of up to 650 feet.”

Maine ports such as Searsport and Eastport could be developed to play a role in offshore wind projects regionally, whether moving large components or for research and development roles.

The American Jobs Project worked in tandem with the University of Southern Maine’s Center for Business and Economic Research, The Environmental and Energy Technology Council of Maine and consultant BVG Associates.

This optimistic strategy contends that full utilization of offshore wind capacity off Maine’s coast could generate more than 156 GW of electricity, not counting the potential financial and jobs benefits.

Not everyone is a fan. NextEra Energy CEO Jim Robo, while not talking about Maine specifically, has previously expressed strong skepticism about offshore wind and said his company wasn’t interested in investing that direction. Robo, speaking in a company earnings call, recalled that his company worked on an offshore project off Long Island years ago and found it lacking.

“It is a moonshot in terms of building in terms of finding people who actually know what they’re doing from a construction standpoint,” Robo told analysts in April. “It’s terrible energy policy and that it’s really expensive.”

Other reports have noted obstacles such as construction logistics and potential regulatory problems with the Trump Administration. On the other hand. The National Renewable Energy Laboratory’s study found numerous positive avenues for offshore.

The Maine Jobs Project report does not weigh into that debate. Instead, the focus is on how greater access to capital can spur innovative companies to take the leap offshore. It noted that Maine’s Seed Capital Tax Credit has been effective in helping create more than 1,800 new jobs while retaining another 5,000 over the past decade.

Yet it doesn’t go far enough to sway potential investors for the next generation of energy technologies, according to the report. The $500,000 single investor and overall $5 million limits are not at the right scale for the capital needs of offshore wind, the authors say.

“The program’s impact has been blunted largely due to an inadequate funding mechanism,” the report reads. “The $5 million annual limit on tax credits is exhausted well before the end of the year. In 2018, the credit had already been subscribed prior to the end of April. As a result, investors are postponing investment activity until the following fiscal year.”

The U.S. Department of Energy’s Wind Energy Technologies Office shows data indicating the potential for more than 2,000 GW along the nation’s state and federal waters. The DOE has allocated about $200 million on research into the potential since 2011.

The first offshore wind farm along the U.S. coast is the 30-MW Deepwater Wind Block Island project off Rhode Island. It began sending electricity into the grid in late 2016, and remains operational despite several early problems, according to news reports.

A 2017 story by Newsday estimated an average cost of nearly 24 cents per kWh, several times higher than the cost of natural gas-fired generation plants. However, clean energy advocates note the fuel itself—the strong, steady winds blowing off the coast—cost nothing to produce.

The demand for offshore wind is growing globally, according to the American Jobs Project press release accompanying the report, given Maine a chance to keep up with and compete on a world-wide economic level. It could also help the state recover from job losses from the Great Recession.

“The effects of the economic downturn have reverberated across the state; between 2007 and 2017, the prime-age work force (those between the ages of 25 and 54) declined by 5 percent, leaving at least 30,000 Mainers not participating in the job market,” the release reads. “As home to the oldest population in the United States, Maine also faces the challenge of stagnant population growth, a rapidly aging workforce, and a skills gap in the manufacturing sector. Growing the state’s offshore wind industry is a promising strategy for providing Mainers with gainful employment and attracting investment from global offshore wind firms.”