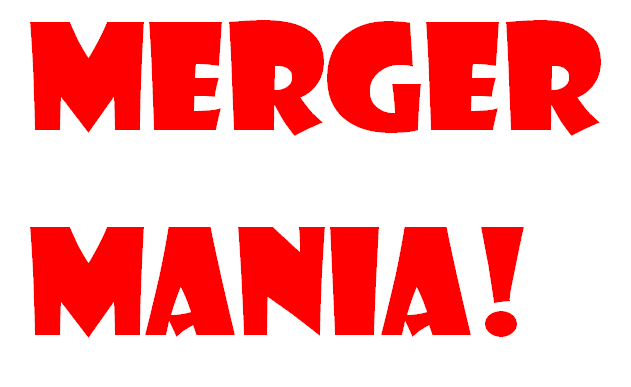 The utility industry vows to stay together til debt do us part, thank you.

Mergers and acquisitions are all the rage once again in the power sector, according to numerous reports. Accounting and consulting firm EY (formerly Ernst & Young) recently noted that so far this year U.S. deal values have skyrocketed 255 percent compared with the same time frame in 2015.

“Lower margins and lower demand for electricity, partly due to advancements in energy efficiency, have been driving consolidations. Since these dynamics are not changing, the M&A boom will continue into the second half of 2016, but likely not at the same pace as we’ve seen. We are running at four to five megadeals every six months, which is historically very high,” Joseph Fontana, EY Global Utilities Leader, Transaction Advisory Services, said in a statement accompanying his firm’s findings.

Nothing—not customer, competitor or regulatory resistance—seems to be slowing down the M&A rush. June may be the most popular wedding month, but one month earlier brought the biggest recent proposal with Great Plains Energy and Kansas-based Westar Energy ready to tie the knot in 2017 for $8.6 billion.

EY isn’t the only one taking measure of this merger mania. PricewaterhouseCoopers and Bloomberg are covering the utilities as they skip down the aisle.

Shortly after the Pepco merger closed, Exelon CEO Chris Crane told “Bloomberg Markets” that he believes consolidation in the utility sector is necessary.

“And it can provide a competitive advantage for not only the consumer but also the other stakeholders in the communities we serve,” Crane said.

Another late June article by Bloomberg called it “merger time in utility land.” The piece by reporters Liam Denning and Rani Molla looked at potential future targets, those with small enough market caps and reasonable growth potential, such as Portland General, Pinnacle West Capital (owner of Arizona Public Service) and others.

The biggest potential merger target that Bloomberg focused on was Houston-based CenterPoint Energy, winner of the 2016 DistribuTECH Project of the Year for grid optimization. CenterPoint is publicly traded, with a 5-year price earnings ratio of 20.6 (slightly better than the industry average) but also $7.9 billion in long-term debt, according to Fidelity.com.

Overall, 2016 will be hard-pressed to top the merger rush of the previous year, which was the biggest since 2007, according to EY. Yet through May 31 deal values nationwide reached nearly $600 billion, gaining momentum after a choppy start due to debt concerns and volatility on Wall Street.

“After a bumpy first quarter, M&A is rounding back into top form. Equity and debt markets have settled down, credit is readily available, executive confidence is better, and the strong dollar is making the US more attractive for cross-border M&A,” said Rich Jeanneret, EY Americas Vice Chair, Transaction Advisory Services. “You saw the strength of M&A in April and May with multi-billion dollar deals across life sciences, healthcare and agriculture. We are in for another strong year, likely the second best in the last five years trailing only 2015, which was historic.”

Of course there’s nothing new under the sun when it comes to mergers. Four years ago Duke Energy acquired Progress Energy in a mammoth $32 billion transaction. Ten years ago, industry pundits were marveling over a flurry of deals which included these corporate marriages: MidAmerican Energy and PacifiCorp.; Duke Energy and Cinergy; and FPL Group and Constellation, among others.