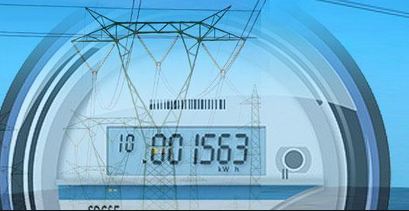 If President Trump’s campaign promises are to be believed, we should see an infrastructure bill before Congress this year. If that bill fails to include considerations for the modernization of our electricity systems, it would be a major oversight.

As my fellow witnesses at the GridWise Alliance and IBEW highlighted in a recent House Energy & Commerce Committee hearing, we need new transmission lines and a smarter grid. As Mike Howard of EPRI pointed out, we also need more investment in advanced research through the Department of Energy and other channels.

However, any infrastructure bill should look beyond physical infrastructure and long-term research to the powerful, near-term modernization opportunities offered by software.

This is a time of incredible innovation in business. Every industry and aspect of society is being reimagined through software and the Internet. Low cost sensors, ubiquitous Internet connectivity, cloud technologies and data science are combining to re-write the rules of business in transportation, hospitality, computing, retail and beyond.

We have an incredible opportunity to bring the lessons learned in those industries to industrial settings. We can build an Industrial internet that emulates and ultimately far exceeds the value created by the consumer internet.

In our industry, software and Industrial Internet technologies could be a powerful way to address the unprecedented and intensifying challenges our 100-year-old, linear business model faces today.

Connecting everything, and seeing the data associated with every electron, would provide power producers and utilities with the ability to monitor, analyze, optimize and ultimately predict the behavior of every aspect of our electricity infrastructure.

Software-enabled insights about reliability, efficiency, productivity and profitability would simplify the embrace of renewables, accelerate the transformation of traditional fuels from base load to variable sources of electricity, and offer new business model opportunities for every power producer and utility.

This opportunity is tantalizingly close at hand. Already, one billion electricity ecosystem devices are connected. Seven billion will be connected by 2020.

The problem is that just 2 percent of all the terabytes and petabytes of data generated by connected power plants, windfarms, grids, substations and energy management systems is being analyzed and used today.

That’s a problem software can solve. And the sooner it does, the sooner we unlock incredible insights and value for our industry. It’s starting to happen in pockets, but a well-written infrastructure bill that promotes digital electricity growth could accelerate progress industry-wide and creating a tipping point.

At GE, we partnered with more than 40 customers worldwide last year to help them use software to get more out of their existing assets, and to optimize their operations.

Those customers now use software to monitor and diagnose every single asset across their generation fleet, whether fossil, hydro, renewable or nuclear. They can accurately forecast energy yield from renewables, integrate them better, ramp up and down fossil plants more efficiently based on supply on demand, improve fuel efficiency, reduce grid losses eliminate unplanned downtime and improve the accuracy of predicative maintenance.

Those customers are realizing benefits in the millions or even tens of millions of dollars, but the sum of their returns is only scratching the surface of what is possible.

Industry-wide, the World Economic Forum has estimated digital transformation could create $1.3 trillion in value by 2025. WEF’s research suggests a further $2.0 trillion could be realized in societal benefits such as job creation, more affordable electricity and reduced emissions.

An infrastructure bill that encourages software adoption could also help address the challenges of an ageing workforce. With 25 percent of electricity workers set to retire within five years, software could capture expertise for the next generation and attract a new generation of digital savvy workforce to some of most important challenges of our generation.

And we could see benefits very quickly.

It took less than a decade for Amazon, Apple, eBay and Uber’s software platforms to transform their industries. With the right policies, we could see utilities becoming platforms for the transformation of electricity within a single presidential term.

Then, just as the grid provided the foundation of our 20th century economy, and the internet become a driver for modern economic growth, so an electricity network or electricity “Ëœcloud’ could be foundational for the proliferation of modern smart cities, intelligent transportation and healthier connected communities.

The country that invented the grid and the Internet – two of the most important networks and innovations ever created –  should lead the future of electricity. Our new administration has an opportunity to ensure we do.

I invite our President and Congress to encourage the adoption of software technologies as a core part of our national electricity infrastructure strategy.

About the author: Ganesh Bell is the chief digital officer of GE Power, GE’s largest industrial business, with more than $28 billion in annual revenue, and approximately 38,000 employees serving customers in more than 125 countries. GE Power’s technology generates approximately one third of all the world’s electricity.