When Thomas Edison invented the first lightbulb, he never could have foreseen the industry of today—a global connection of wires that brings individual homes and businesses light and electricity. His simple creation paved the way for an industry that our society depends on daily. However, the power industry cannot progress if it does not embrace technologies outside of the lightbulb.

How are we measuring power? What happens when there is a problem with its distribution? In these instances, technology doesn’t light a room. Instead, it allows a greater transfer of power, solving the grid’s problems in ways that have never been done before.

Grid edge technology has a far more specific definition in terms of electricity. Within the power industry, compute edge grid technology can be defined as any technology that is either used on or around the electric grid to improve resiliency, reliability or market efficiency.

Grid edge technologies today can be traced back to the industry’s operations prior to deregulation. At this time, utility companies owned the lines and produced electricity all under the same roof. As market competition increased and deregulation occurred, the industry experienced a shift toward solutions offered by newly private companies that produced the cheaper, alternate forms of energy. Today, in order to stay ahead of the market shifts and competition, electric companies should consider the following strategies regarding grid edge technologies.

To make improvements to the grid, it is imperative that new solutions are embraced in order to help modernize the industry and bring about a more integrated grid. For example, the concept of large-scale storage is new, and it opens the door to a multitude of opportunities. In the same way that Elon Musk introduced the automobile industry to efficient battery-operated vehicles, the power industry is moving toward its own “giant battery.”

Large-scale storage allows companies to store greater amounts of electricity throughout the grid nearer to the consumer. This concept of storage allows for greater efficiency and more thorough exploration of new forms of energy such as solar, wind and hydropower.

Additionally, the recent Internet of Things (IoT) explosion enables new solutions for the industry. Now, a company can place smart devices at any level of an electric grid to collect measurements that had previously been inaccessible. Perhaps the operator needs to determine whether a line is down or the weather conditions in an area have changed rapidly. With the devices available through the IoT evolution, that operator can distinguish problem areas and apply solutions specific to the geography or scenario.

Technologies that sound as though they don’t belong in the utility space are radically changing the power industry. There exists today an insatiable appetite for data, and utility executives should be integrating large data collections and technologies into their work.

Whether it is measuring weather and solar trends or identifying which geographical areas the population is moving to, massive data repositories determine how the power industry operates. For example, data collected in the workplace can allow offices to adjust the air conditioning or heating systems based on whether or not employees are in the office during lunch, thus reducing costs and saving energy.

Along with opportunity, however, technology can bring certain vulnerabilities if the proper security models aren’t being used.  One breach or disaster in the power market could put the entire grid at risk. The potential for physical or cyber breaches are increasing daily.

One very effective solution is for power companies to outsource many of their technology needs to large-scale cloud providers such as Google and Microsoft in order to receive better protection and a decreased risk of exploitation.  These-large scale cloud providers are bringing their collective brain-power to bear on security and resiliency on behalf of millions of customers.  This collective “buying power” is hardening the public cloud at a rate that individual companies simply can’t keep up with over time.

Compete in the Market

The industry today has reached a point where state and national borders are far less relevant than they have been in the past, opening the door to a wide array of economic possibilities. Historically, electricity didn’t cross boundaries very often; but as more markets continue to deregulate, cross-country business transactions are far more plausible.

In the years to come, companies in North America may pursue economic opportunity in Latin America far more often. The grids across Europe and Asia, whose countries have more fluid borders and a smaller land mass, will be combined. As the industry opens its borders, the companies that embrace the global economy and accept business with new entities will be the most successful.

Look to the Future

Modernization and innovative technologies have changed the landscape of our lives – and it does not stop with the smartphone in your hands. New grid edge technologies and strategic thinking in the market will change the entire scope of the utility industry. By embracing change and new perspectives that come with innovative solutions, companies can shift the very foundation of the industry.

Utility companies hold more than simply electric power in their hands, as they have the ability to integrate grid edge technologies to improve the efficiency of power across the country. As consumer demands continue to change, responsibility falls to utility companies to meet their needs in the most efficient, effective manner possible. It is an area with much potential and is ripe for growth, and as early adopters take advantage of these new opportunities, the industry will enter the beginning of a new era. 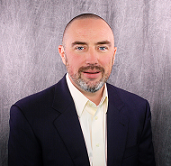 About the author: Keith Farris is an executive with more than 20 years of software experience in commodity and FX trading. As chief technical officer for  Allegro Development, he is responsible for research and development efforts, product planning and strategy.  Prior to Allegro, Farris was with JPMorgan’s FICC Technology Division and MRE ConsultingKeith began his career in consulting at Arthur Anderson.