Policymakers in New York State have reportedly reached a deal to bring the state-owned Long Island Power Authority under private control. The agreement would also freeze LIPA’s rates until 2015, according to Reuters.

Gov. Andrew Cuomo, who previously called LIPA “broken,” announced the deal June 19.  LIPA was the subject of many bad headlines following Hurricane Sandy as more than a million of the utility’s customers were left without power and the outage restoration process took weeks in some cases.

The proposed deal was already partially in the works since LIPA’s service agreement with National Grid was set to run out by the end of 2013 and Newark, New Jersey-based Public Service Electric & Gas Co. scheduled to take over as Long Island’s power grid operator.

Cuomo’s proposal would see PSE&G‘s role expanded to take over the day-to-day operations handled by LIPA — including storm response, outage restoration, budgeting, maintenance and infrastructure improvements, according to Reuters. 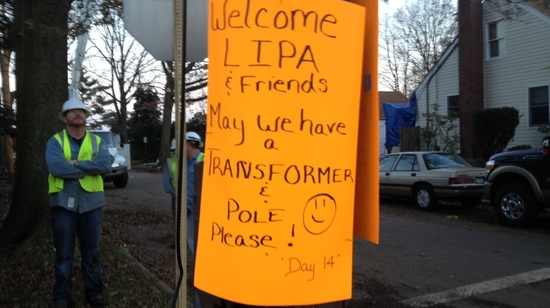 Cuomo also wants to cut LIPA staff from 90 to 20 and remove 10 members of the utility’s board of directors, which currently has 15 members.

LIPA will still be allowed to receive federal disaster funding and will maintain certain tax advantages of a publicly owned utility, according to Cuomo.

The utility is $6.7 billion in debt, according to reports.

PSE&G was named America’s most reliable electric utility by PA Consulting, according to the utility’s website. The utility’s response to Hurricane Irene also won an “outstanding response” aware from ReliabiltyOne, an industry group.