The Nuclear Energy Institute-commissioned Bisconti Research poll shows that 82 percent of Americans believe that nuclear energy will play an important role in meeting the country’s future electricity needs. Eighty-five percent think that nuclear energy‘s importance in meeting U.S. electricity needs will increase or remain the same, with half saying more reactors will be needed.

Bisconti Research Inc., with Quest Global Research, conducted the national survey of public opinion Sept. 5-15. A nationally representative sample of 1,000 U.S. adults was interviewed by landline and cell phone. The survey’s margin of error is plus or minus three percentage points.

“Support for nuclear energy continues to be steady,” says Ann Bisconti, whose firm conducted NEI‘s national survey. “Our survey shows that the public wants electric companies and the government to plan for the future and sees nuclear energy as an important part of the future energy mix.” 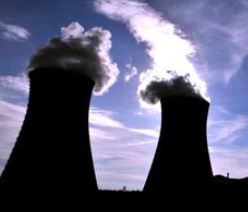 The majority of those surveyed expect electric companies to plan 20 years or more into the future to ensure a well-balanced energy supply. Thirty percent said companies should be planning more than 20 years in advance to meet future electricity demand; 23 percent said 20 years, and 26 percent said 10 years.

Sixty-nine percent of Americans favor the use of nuclear energy while 29 percent are opposed, a split that is relatively unchanged from the February survey. The percentage of Americans who strongly favor nuclear energy increased to 33 percent in this survey from 29 percent in February. Seventy-five percent say electric companies should prepare now so that new nuclear power plants could be built if needed in the next decade.

On the value side, roughly 80 percent of respondents consider reliability, affordability and clean air as top considerations for how electricity is produced, and more than half associate nuclear energy closely with those attributes.

Eighty-five percent of those surveyed agree that “we should take advantage of all low-carbon energy sources, including nuclear, hydro, and renewable energy, to produce the electricity we need while limiting greenhouse gas emissions.”

Nuclear energy facilities operating in 31 states produce electricity for one of every five U.S. homes and businesses. Their reliability is evidenced by the industry’s decade-long trend of industry-leading average capacity factor of 90 percent. Capacity factor is a measure of plant efficiency. Nuclear energy produces more than 60 percent of the electricity generated by carbon-free sources in the U.S.