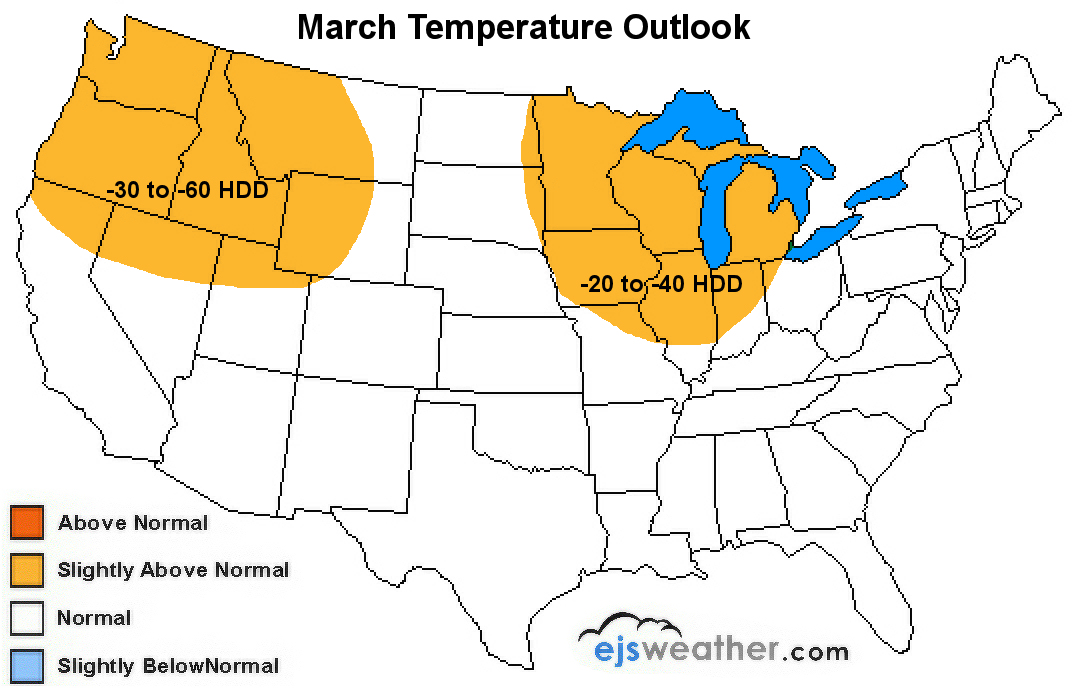 This means that the current ENSO phase is neutral to possibly a weak El Nino at best. This weak El Nino is forecast to persist through the spring season. As for the March temperature outlook, a few different climate indices suggest that temperatures will be slightly above normal across the Pacific Northwest, northern Rockies, and perhaps parts of the Midwest and western Great Lakes.

A total monthly heating degree day deficit of between 20 and 60 is projected throughout these regions of the country during the month of March. Energy costs with respect to heating could also be a little lower than average across these areas. On a whole, temperatures are forecast to be closer to normal throughout the East Coast, Deep South, Plains, and Desert Southwest during the month of March.