Industry groups are already responding to the rollout of the Environmental Protection Agency’s draft rule to regulate the greenhouse gas emissions of future power plants.

The American Public Power Association (APPA) said the EPA’s mandate to use carbon capture and storage “unrealistic” and out of line with what the Clean Air Act requires. 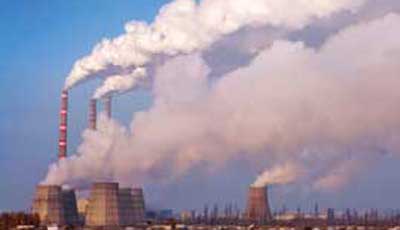 “The administration continues to base its belief in the viability of CCS by citing two demonstration projects, the Plant Ratcliffe in Kemper County, Miss., and the SaskPower plant in Canada that are in the process of attempting to implement CCS.  Though both projects are admirable for attempting to advance the technology, neither of them has demonstrated that the technology is commercially viable,” according to a statement from APPA.

APPA also said the administration fails to mention that both the Kemper and SaskPower plants sit on or near oil fields — the only areas where CCS has been demonstrated to work. These CCS projects could never have been built without government funding, according to APPA.

Secretary of Energy Ernest Moniz said that since the power sector produces as much as 40 percent of U.S. greenhouse gas emissions, that sector of the economy has great potential to help address climate change.

“The Department of Energy will work with our partners to further increase power plant efficiency across the range of generation types, promote advanced fossil energy technologies such as carbon capture, utilization and storage (CCUS), and deploy more clean energy,” Moniz said.

Moniz also said his DOE is working to support advanced fossil energy technologies through a new process for $8 billion in loan guarantees for projects that avoid, reduce or sequester air pollutants or greenhouse gas emissions. The DOE has already distributed about $6 billion in support of advanced coal technology, primarily carbon capture.

Coal producer Arch Coal, in a statement, said they believe the technology required to capture carbon is not available today.

“The Administration’s proposal goes way too far, way too fast – and threatens to arrest rather than spur technology advances.  With the world’s fastest growing economies continuing to build their economies on coal, it makes no sense for the United States – which possesses the world’s largest coal reserves – to erect barrier after barrier to coal use.  In doing so, we are ensuring America higher power prices, lower economic growth and reduced international competitiveness – and effectively foreclosing on our ability to use this affordable, secure and reliable fuel in the future.”

The Pennsylvania Coal Alliance said the new source standards would effectively constitute a ban on coal power, according to a statement.

“These standards effectively ban construction of new, efficient coal-fueled power plants that greatly reduce emissions through the use of clean-coal technology. This will force a reliable, affordable, domestically produced fuel source out of the energy mix, causing dire economic consequences across all sectors of the economy, with little or no environmental improvement to show for it,” according to the Alliance.

Calpine Corp., which operates a power generation portfolio of nearly 28 GW (including numerous natural gas plants), released a statement in support of the EPA’s proposal.

“The newly proposed GHG New Source Performance Standard for new electric generating plants is an important first step in the EPA’s plans to address climate change. Calpine, as an early mover in the transition to cleaner, reliable generation resources, looks forward to working with the EPA and other stakeholders to ensure that the regulations achieve cost-effective reductions while assuring reliability,” according to Calpine.

Ralph Izzo, CEO of Public Service Enterprise Group (PSEG) said he would have preferred congressional action to provide regulatory certainty, but added that the EPA’s proposed new regulations are an important first step.

“As the process moves ahead we will provide feedback to EPA on the proposed regulations and look forward to working with the Agency to evaluate and inform the development of cost effective regulations for existing plants that build on efforts already taken across the nation to reduce greenhouse gas emissions,” Izzo said in a statement.

The American Coalition for Clean Coal Electricity (ACCCE) said the EPA is talking out of both sides of its mouth on energy policy.

“Despite their talk about an “Ëœall of the above’ approach to energy, the EPA is banning the construction of modern coal plants resulting in fewer fuel choices in the market. Fewer energy choices could cause American consumers to pay the ultimate price of higher energy bills,” according to the ACCCE.

According to the ACCCE, the implementation of the EPA’s proposals could actually be a setback for CCS technology.

The National Resources Defense Council said the proposed rules are a “climate breakthrough.”

“The Obama Administration struck a forceful blow against climate change today. The Environmental Protection Agency proposed standards that will limit dangerous carbon pollution from new power plants,” Frances Beinecke wrote in the NRDC blog. “No longer will new electric plants be allowed to endanger our health with unchecked carbon pollution and the climate change it causes. Instead, our nation can start creating a 21st century power flee.”

“The rule issued today includes several important changes from the original proposal on the natural gas standard, consistent with recommendations EEI made in comments last year. Given the growing reliance on natural gas to meet a larger share of electricity demand, it is critical for EPA to set standards for natural gas-based units that are achievable over a range of operating conditions, and we appreciate the changes,” according to EEI.

EEI also said they would support an explicit exemption for combustion turbines.

“EPA must develop appropriate standards for both combustion turbine and combined-cycle units, and ensure that the proposed combined-cycle standard is achievable by every new unit,” according to EEI.