Medium voltage underground cable is designed to be used and not seen. Pad mount electrical transformer boxes containing and connected by underground residential distribution (URD) cable are a ubiquitous sight throughout residential neighborhoods, spaced on average 330 feet apart. Most consumers who live in communities with underground cable are unaware of the jumble of cables that each box comprises, and they rarely think about whether the URD itself is well maintained. Most electric utilities, on the other hand, are constantly responding to aging cable issues and the threats they represent. 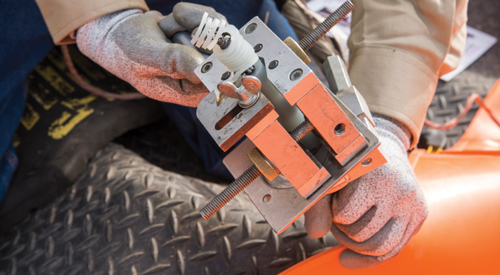 Utilities face significant challenges when addressing deteriorating URD conditions. The most common URD reliability issues occur when moisture diffuses into the cable’s dielectric layer, gradually diminishing its insulative properties. This condition is called water treeing because of the tree-shaped structure observed when the degraded cable is viewed microscopically. When the insulation on the cable connecting two transformers degrades to a point of failure, the lights go out in the entire neighborhood.

Aging URD cables are a growing problem in communities around the world, disrupting customers and causing business challenges for utilities. In most cases, the traditional remedy for URD cable failure-taking the impacted cable out of service and putting new cable in its place-is not feasible. When cables fail, the resulting outages and the replacement work required to restore power create logistical problems that are usually unpredictable and expensive-costs that must be absorbed by the provider, its customers, or both. Meanwhile, customers often experience multiple outages as the providers install new cable, often disrupting the customers’ property and landscaping in the process.

When rehabilitating aging URD infrastructure, many utilities forego cable replacement and opt for rejuvenation of damaged cable. With cable rejuvenation, the affected cables are left undisturbed and injected with compounds that restore each cable’s dielectric strength, effectively adding the same value as a new cable with less time, cost, environmental disruption and consumer downtime than that associated with cable replacement. This method was first developed in 1986 and its use has steadily increased since then.

Rejuvenation technology focuses on the injection of silane-based fluid into the strands of aging medium-voltage power cables. The fluid is injected by accessing cables through transformers or other cable termination points. Technicians typically open two adjacent transformers and de-energize cables in a way that does not impact power to customers. Then, specialty fittings are attached to each end of the cable to allow for fluid injection. As the fluid moves through the cable, it migrates into the conductor shield and insulation. The chemistry and physics of the insulation are modified, resulting in a cable that is returned to full dielectric strength in as little as seven days.

In addition, the Federal Energy Regulatory Commission (FERC) allows utilities to capitalize the cost of cable injection, so it doesn’t impact tight operation and management budgets.

Engineers have developed a variety of injection fluids and techniques over the years, enabling technicians to deploy specific processes depending on cable type, circumstance or environment. In addition, the technology is easily adaptable to different cable configurations, including splices in the cable. In these cases, technicians create splice excavation pits measuring roughly six feet square and four feet deep. These pits have less impact on landscaping than the trenching or tunneling typically required for cable replacement.

With sustained pressure rejuvenation (SPR), cables are restored to full dielectric strength in seven days, and injection can be completed in a single day. The process is straightforward: Isolate, test and ground the damaged cable.

Using a time-domain reflectometer (TDR) device, technicians check each segment for splices, neutral corrosion and overall length. If splices are present, technicians pinpoint their locations using a radio frequency locator and measuring wheel. They then dig a pit to expose the spices and replace them with new splice connectors and injection adapters, using templates to ensure proper injection adapter placement.

Next, technicians inject each segment at a moderate pressure. A 300-foot segment (100 meters) typically takes 30 minutes or less to inject. Following injection, technicians remove all equipment and install standard elbows at each end of the cable. They then re-energize the rejuvenated segment of cable and move on to the next segment.

Technicians typically apply the improved unsustained pressure rejuvenation (iUPR) process in areas that are difficult to access or expensive to replace. This process uses low pressure, allowing fluid to flow through splices while the circuit is energized. The basic steps in the process are the same as with SPR: Isolate, test and ground the damaged cable. The steps are carried out a bit differently though.

Using a TDR device, technicians check each segment for splices, neutral corrosion and overall length. They perform air flow testing to confirm the rejuvenation fluid will flow properly. They then install new connectors and injection elbows.

Next, technicians connect a feed tank to the injection elbow at one end of the cable and a vacuum tank at the other. They re-energize the cable segment and, with the transformer closed, begin the injection process. The iUPR injection typically takes 24 hours or less to complete and the following day, technicians remove all equipment. Except for the initial installation of the injection components at the terminations, the cable remains energized throughout the process.

The main benefits of rejuvenation vs. replacement include:

1. Cost savings. On average, a rejuvenation program yields a 40 percent savings over abandon-and-replace programs. For utilities with ever-increasing cable maintenance and management demand, rejuvenation helps address and repair more miles of cable for the same budget, when compared to replacement.

2. Ecological impact. Cable rejuvenation is more environmentally friendly: No resources are consumed to produce new cables, no diesel fuel is spent for installation and cables are not abandoned in the ground. For every 10-mile run of cable that is rejuvenated, cable injection provides at least a 3,000 metric-ton reduction in CO2 equivalent. Each meter of cable that is injected, rather than replaced, saves 195 grams of aluminum, 484 grams of copper, 963 grams of plastic and 1.09 gallons of diesel fuel.

3. Fewer outages. Because utilities can perform rejuvenation proactively rather than waiting for an emergency, customers will be without power on fewer occasions. Even during injection, customers experience more continuity of service, as opposed to tolerating planned outages as required for replacement.

4. Low failure rate. In the past 30 years, more than 131 million feet of cable have been rejuvenated and more than 300 utilities on five continents have used cable rejuvenation. In that time, the overall post-injection failure rate has been less than 1 percent.

With these benefits in mind, utilities can’t afford not to consider rejuvenation when developing reliability programs for the URD cable they manage. 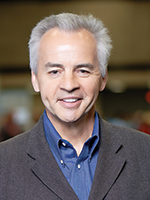 Mr. Glen Bertini has more than two decades of working with cable-rejuvenation technology beginning with its development at Dow Corning in 1986. He has published more than 45 articles and 31 patents on cable rejuvenation and related technologies. Bertini was the 1992 co-recipient of the R&D 100 award for cable rejuvenation and the 2006 winner of the $100,000 Zino Zillionaire Investment Forum award for the best investment opportunity in the Pacific Northwest. In 2010, he won the Puget Sound Engineering Council’s Industry Engineer of the Year award as well as Seattle Business Magazine’s Top Innovators award. Bertini is a senior member of the American Institute of Chemical Engineering (AIChE), an Institute of Electrical and Electronics Engineers (IEEE) fellow, a voting member of the Insulated Conductors Committee (ICC) and a licensed professional engineer. He holds a bachelor of science degree in chemical engineering from Michigan Technological University.