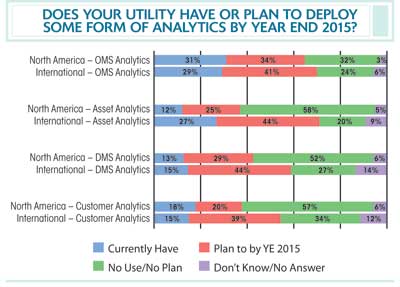 Newton-Evans Research Co. Inc. recently surveyed and interviewed more than 150 utilities in 37 countries about changes they have planned for their electricity distribution systems. Participants cited many factors as the basis to support the increased levels of systems augmentation, upgrades and replacements during the next 36 months, including the need for new applications to improve operator visualization and situational awareness, as well as cyber defenses; comply with new regulatory mandates; and combine two or more systems onto common platforms.

Consulting services are being used and are more likely to be relied upon to assist with expanding NERC CIP compliance issues for the conduct of vulnerability assessments and consulting on smart grid topics. Several comments were directed toward the increased reliance on third-party services to assist utilities as they cope with work force retirements in their operational control centers.

Noticeable differences in current and planned usage of operational analytics were found for asset, DMS and customer analytics. Each is being used more widely internationally than in North American utilities. Outage management systems analytics are of similar levels of usage and plans among both groups.

Many international utilities are modeling their cybersecurity mandates for power delivery control systems on NERC CIPs. 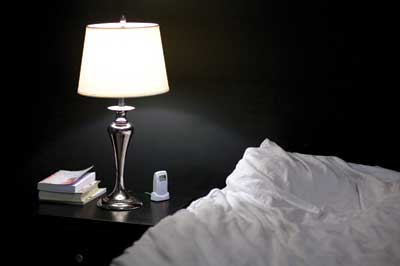 By replacing and managing fixtures and lamps, businesses can achieve savings of 50 percent to more than 75 percent. Twelve companies joined the SMUD Advanced Lighting Controls (ALC) program a year ago and expect to see annual savings ranging from $5,000 to as much as $100,000.

The ALC program provides rebates and incentives for commercial customers to switch to technologies they otherwise might not be able to afford and it provides manufacturers an entry into the marketplace that might not be available to them for years.

Funding for the pilot was provided by the American Recovery and Reinvestment Act (ARRA) through a Department of Energy Smart Grid Investment Grant and other SMUD funding. The pilot provided $1.5 million for energy efficiency incentives of 30 cents per kilowatt-hour saved. The maximum amount per project was $300,000 or 80 percent of the total project cost.

The resulting energy savings are exciting news for SMUD and its commercial customers. SMUD recently announced its own program to follow the successful pilot to help more business customers realize energy savings. The program is timely because California’s Title 24 Energy Standards will mandate dimmable lighting in commercial buildings starting in 2014.

In addition to the significant energy and cost savings, advanced lighting controls provide businesses more sophisticated tools for managing their lighting systems. They can create flexible schedules in specific areas that automatically turn on, power down and dim lighting down to 20 percent and improve light quality and increase employee satisfaction. Businesses can track energy costs and savings and monitor energy use in real time on-site or remotely via Web-based interfaces, including smart phones. Maintenance planning is easy because facility managers can anticipate and schedule lamp replacement.

Bisbee leads SMUD’s Customer Advanced Technology (CAT) program, which developed ALC. For more than a decade, the CAT program has taken post-drawing board, cutting-edge but market-ready energy-saving technologies and put them in real-world use. SMUD rebates and incentives defray the high costs of new technologies’ preparing for broader commercialization. 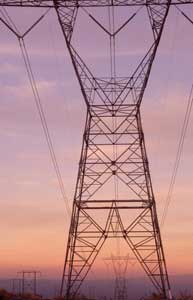 MISO said their memberships will continue to drive value for its members and their customers through efficient reliability, market operations, planning and innovation.

“We are pleased to welcome these new members to MISO,” said Steve Kozey, senior vice president of legal and compliance services. “Their decisions to join will bring value to our footprint by further enhancing the measurable benefits realized through MISO’s value proposition.”

As a fully integrated transmission-owning member of MISO, each will benefit from MISO’s competitive markets, diverse generation supply and large-scale planning and operating.

MISO manages one of the world’s largest energy markets with more than $18 billion in annual gross market energy transactions. It ensures reliable operation of and equal access to high-voltage power lines in 15 states and the Canadian province of Manitoba.

MISO was approved as the nation’s first regional transmission organization in 2001. The not-for-profit 501(C)(4) organization is governed by an independent board of directors and is headquartered in Carmel, Ind., with operations centers in Carmel and St. Paul, Minn. Membership is voluntary. 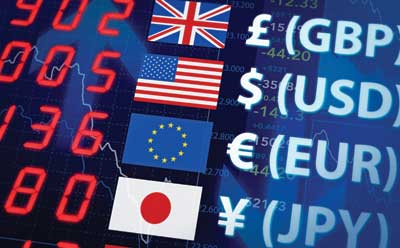 Europe and the U.S. are headed in opposite directions regarding electricity pricing as renewable energy subsidies, fossil fuel prices and taxation impact residential power prices across the two regions, according to analysis released by research and consulting firm GlobalData.

The difference between residential retail electricity prices across countries is dramatic. German residential consumers, for example, are paying more than two and a half times their American counterparts in 2012.

“Consumption taxation across most goods in the U.S. is relatively limited, and electricity is no different, with very few states’ applying a sales tax,” said Jonathan Lane, head of consulting for GlobalData’s Power and Utilities. “The major renewable support scheme in the U.S., the production tax credit (PTC), is financed by the tax system rather than recovered through electricity pricing, so there are very few extra charges for consumers to pay. The wholesale price in the U.S. is even better news for consumers, as high hydro production and low gas prices stemming from the shale-gas glut feed through to lower wholesale electricity prices.

“In contrast, Germany suffers from some of the highest residential electricity prices in the world due to the high cost of subsidizing significant solar and wind generation; however, German wholesale electricity costs are actually rather low, reflecting low coal and carbon costs.

“Italy suffers from similarly high residential electricity prices, but these are driven by high wholesale costs, as high gas prices are set by long-term, oil-indexed import contracts, which hold great weight in a country which relies heavily on gas-fired energy generation. Italian residential consumers also pick up a significant bill for solar subsidies. Italy’s Ministry of Economic Development calculates that its wholesale gas prices are 20 percent higher than in Northern Europe, and the country is seeking reform of the wholesale gas market to bring prices in line with neighboring countries,” Lane said.

He said also that residential electricity consumers in Spain should be paying rates similar to those found in Italy or even Germany if the full costs of renewable subsidies, wholesale electricity and taxes were included.

“The government has decided over several years to keep prices in the regulated electricity market low. Spain’s so called “Ëœtariff deficit’ represents the cumulative cost of what has been charged to customers and what should have been charged in a liberalized market. This process of effectively subsidizing Spanish electricity prices left the tariff deficit at à¢â€š¬24 billion at the end of 2011. The government is planning to reduce the deficit via a 6 percent tax levied on all generation (including renewables) and a “Ëœgreen cent’ tax on coal, fuel oil and natural gas,” Lane said.

In contrast to the Spanish government’s efforts to keep regulated electricity prices down, residential prices for electricity consumers in Ireland are being driven up by the wholesale price in the Single Electricity Market, which operates as a mandatory pool across the Republic and Northern Ireland. Irish electricity prices are influenced heavily by wholesale gas prices and the euro-pound exchange rate, as 90 percent of gas is imported from the U.K., and the depreciation of the euro against the pound played a big part in the 13 percent increase in Irish wholesale gas prices during 2011-2012. Irish residents do not face significant bills for renewable subsidies, and the reduced VAT rate on electricity of 13.5 percent enjoyed by Irish consumers compared with the standard rate of 23 percent helps mitigate higher wholesale costs.

“Consumers pick up other charges such as the renewables obligation, the energy company obligation and small-scale renewable feed-in tariff schemes,” Lane said. “Wholesale electricity prices in Great Britain are slightly higher than found in many European markets due to the high share of gas in the generation mix and the higher costs associated with the U.K.’s BWR (boiling-water reactor) nuclear fleet compared to PWR (pressurized-water reactor) fleets in Europe.”