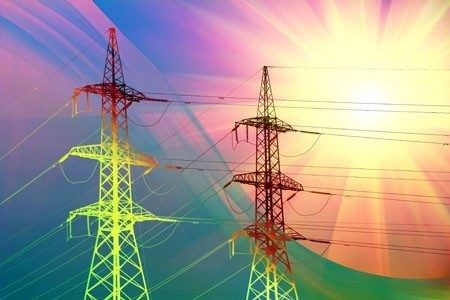 (Part III in a series)

One of the pressing issues facing the power industry is the integration and coordination of distributed energy resources (DER) to provide electricity delivery. This was not a well-recognized issue until recently although some forms of coordination have been around a long time such as commercial and industrial (C&I) demand response (DR) and bulk generation in deregulated industry segments. The motivation for the present level of interest is the rise of distribution-connected distributed generation and storage along with flexibly controllable loads. This is an issue because many of these resources are not owned by the utility and often cannot be controlled (e.g. dispatched or curtailed) directly. How best can these DER resources be coordinated and controlled among organizations and individuals? Many questions come to mind. Who should measure what? Who should analyze what? Who should decide what? Who should communicate with whom? What’s the minimum necessary level of internal communications required and what are the timing considerations and constraints for effective operations? Addressing the grid coordination problem requires us to open the hood of industry structure to better understand where we are today and what changes would be beneficial moving forward. The basic process is one of:

·         Isolating complexity through extraction and simplification

It’s important to first understand the industry structure of the grid being analyzed as it provides the context for further analysis. Industry structure shows how organizations relate to each other in an industry segment. For example, it can provide a high-level view of the electric power system in a major geographical setting. At the system architectural level, it is important to capture all the structural parts including the different entities involved and their interactions, relationships and functions. This complexity calls for multilayer modeling that includes layers that can be hidden or viewed to help solve different problems. These layers typically include reliability coordination, market interaction, retail, federal regulation, state regulation, energy and services, and control and coordination.

There isn’t “one industry structure that fits all”. Rather, a collection of industry structure diagrams is needed because different regions and states have evolved independently based upon local decisions and regulations. These structures have built up over time, are usually not documented, and in fact, they are sometimes unknown. A concerted effort is needed to discover and document these structures. This is a critical first step toward understanding the current state of the grid.

We document industry structure using entity relationship (E-R) diagrams. The E-R diagram is a graphical depiction of structure that was originally used to design relational databases. In grid architecture, we use it to depict the structure of entire industry segments using entity classes and relationships and augment the diagram with drill-down information. These entity classes usually represent an entire group of entities such as distribution utilities or customers. The relationships in the E-R diagram show groups of behaviors between two entity classes.  The diagram shows cardinality such as one-to-many, one-to-one, or many-to-many using familiar crows-feet symbols. It’s important to understand that these relationships are not detailed interaction diagrams but instead show groups of behaviors at a high level of abstraction.

Diagram 1 is an example of an industry structure diagram documenting the Pacific Northwest.  Note the classes of entities, such as “state regulator” representing state regulatory bodies in each of the states that make up the Pacific Northwest.  Note also that there are a few “named entities”.  In this case, for example, NPCC – the Northwest Power and Conservation Council – is labeled with its name because there is only one such entity in the region. 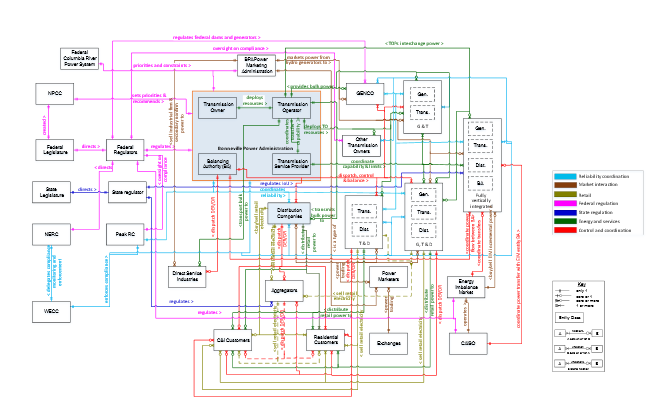 Once we have represented the big picture, the next step is to use a systematic method to focus on the specific problem that we’re trying to solve. We are interested in such questions as:

·         Where are legacy structural constraints?

·         What aspect of the structures would have to change to enable new capability?

a process to manage complexity while solving structural problems. It involves the following

1)      Define the key elements on which to focus for a specific problem.

2)      Extract from the full diagram a subset of the structural elements that represent the problem on which we are focused.

3)      Propose solutions to the specific problem on that subset.

4)      Reinsert the subset back into the full industry structure model.

5)      Trace out the impact of the specific changes proposed on the rest of system.

As the proposed solution is integrated back into the complete model, it’s important to check how any changes ripple through the system and address any impacts identified. An iterative, step-wise refinement approach is used as alternative solutions are analyzed and compared.

This process has been applied in several regions and an important recurring issue involving hidden coupling has been uncovered. Let’s take a closer look”

Diagram 2 – Examples of Hidden Coupling in the Grid

Hidden coupling occurs when two separate systems are independently controlling a third common element or asset, but do not coordinate their actions. Diagram 2 illustrates three forms of hidden coupling; 1) at a device, 2) at the service transformer and 3) within the distribution grid. In all three cases, separate systems are coupled together through a common device and may compete or even conflict with each other, causing undesirable and potentially unsafe conditions such as instability or failure. This is a common problem when two (or more) independent masters are attempting to use the same resource.

Note that the non-architectural approach to addressing hidden coupling is to rely upon IT and software. While this solution may be necessary during transitional phases, a structural approach is more robust and longer lasting.

What are some potential solutions to address DER-related tier-bypassing and hidden coupling? Three structure approaches have been considered and they are represented in E-R diagrams 4, 5 and 6:

The Total TSO model (see diagram 4) removes hidden coupling by requiring that all coordination and control be centralized at the transmission system operator. The distribution operator takes on the more passive role of a wires company. All coordination and control operations involving DER are through the transmission system operator. 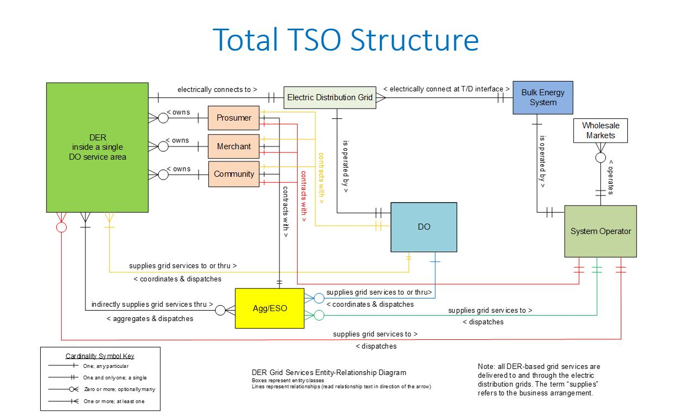 The Hybrid DSO model (see diagram 5) removes hidden coupling by permitting both the DSO and TSO to share coordination and control signals through a new TSO/DSO interface. In this way, both transmission and distribution operators synchronize and take on a shared active role in operating the grid. 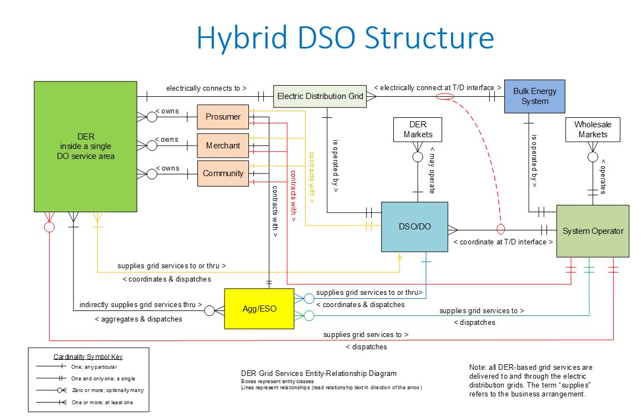 The Total DSO model (see diagram 6) removes hidden coupling by requiring that all coordination and control signals to and from the TSO flow thru the DSO. The distribution operator takes on a very active operations role in full coordination with the TSO. 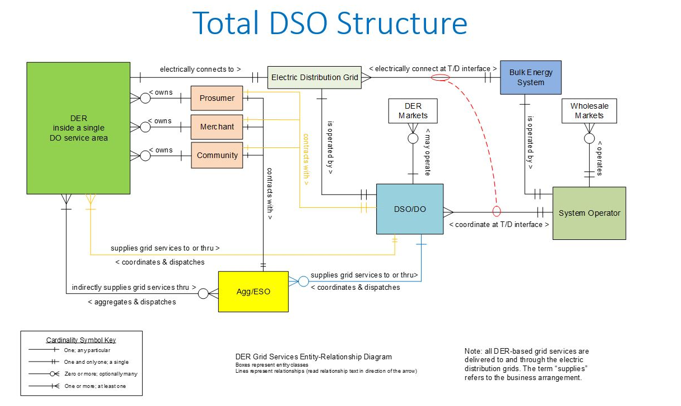 The three models examined illustrate the use of E-R diagrams to investigate the relationships between entities and uncover types of problems that might not be obvious. Each model provides a structure that eliminates tier bypassing so that hidden coupling cannot occur, but each is different and has different short-term and long-term impacts on the overall system. These impacts need to be analyzed, understood and evaluated in context with the overall industry structure.

Major changes to the electric system are being considered across the country in different regions. In many cases, industry models do not exist, but all major changes should be made in an informed manner based upon a broad and comprehensive understanding of the system. A shared and integrated view of the electric system is a very important practical tool for educating stakeholders and forming the basis for collaboration and consensus.

Grid architecture provides a systematic approach to managing complexity by examining and understanding structure.  The E-R diagrams discussed in this article provide a straightforward approach to representing structure thus enabling the consideration of alternate approaches to resolve problems.

Structural changes are not simple and easy short-term patches or fixes. They often require dedication, cost and effort from across the industry. But when change is necessary, then change should be embraced and guided by informed stakeholders.

About the authors: Jeffrey Taft is the chief architect for electric grid transformation at the Pacific Northwest National Laboratory. As a member of the Energy and Environment Directorate, he is responsible for development and articulation of large scale architecture for grid modernization. Taft leads the US Department of Energy Grid Architecture project. He began working in the grid modernization area in 2001 and has held smart grid chief architect roles with Cisco, Accenture, and IBM. Jeff earned a PhD in Electrical Engineering from the University of Pittsburgh with a dual specialization in digital signal processing and digital control systems in 1986. He is a member of the IEEE Power and Energy Society, is an emeritus member of the GridWise Architecture Council and is the holder of 37 patents in control systems, signal processing, and grid modernization. 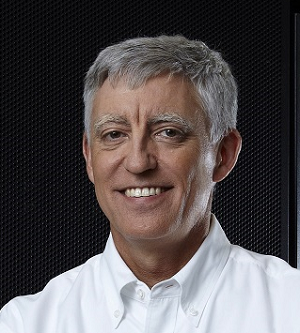 Ronald Melton is the team lead for Electricity Infrastructure Integration at Pacific Northwest National Laboratory.  Melton leads the US Department of Energy Advanced Distribution Management System open platform project, is Administrator emeritus of the GridWise Architecture Council, chair of the Smart Electric Power Alliance Grid Architecture Working Group and was the director of the Pacific Northwest Smart Grid Demonstration Project.  He earned a PhD in Engineering Science from the California Institute of Technology.

Dave Hardin is the Chief Architect emeritus for the Smart Electric Power Alliance. Dave has held senior technical and management positions at EnerNOC and Schneider/Invensys and has been active in Smart Grid initiatives since 2006. He is serving on the OPC Foundation Technical Advisory Council and is member emeritus of the GridWise Architecture Council, a Registered Professional Engineer, Project Management Institute Project Management Professional and an IEEE Certified Professional Software Engineering Master.