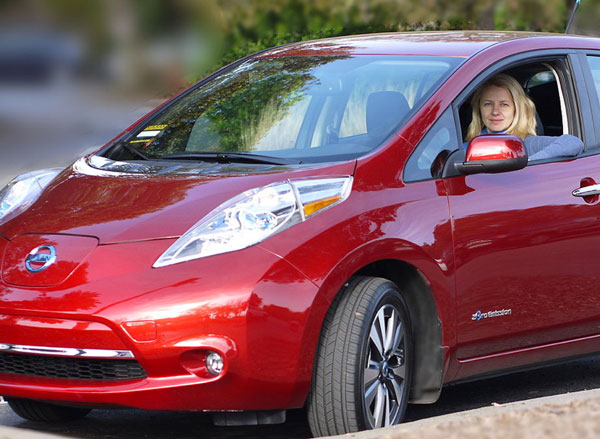 Disconnection is not a direction home.

The nation’s network of charging stations likely will need to grow 10-fold over the next eight years to keep up with the expected hard-charging advance of electric vehicle adoption. Here’s the catch: less than one-third of utilities are in the active or aggressive stages of meeting that once and future demand, according to a new report from the Smart Electric Power Alliance (SEPA).

In “Utilities and Electric Vehicles: Evolving to Unlock  Grid Value,” SEPA calls for a massive ramp-up to respond to growing EV demand and range needs for both private and public charging infrastructure. Power providers historically have been conservative about electric vehicle deployment, despite projections that EV annual consumption will grow as much as several hundred terawatt hours in the next decade and need another four million charging stations.

Volvo will focus on new EVs beginning in 2019, while Toyota reportedly plans to roll out 10 new purely electric models in the 2020s. Among U.S. automakers, Ford wants to introduce two dozen EVs or hybrids and GM is pitching ambitious EV plans.

Some of those announced dreams may be hyperbole, but wake up and smell the lithium ion: EVs are scaling up and the grid needs to be ready to plug in.

“There’s still a lot of work to be done for the utility industry to prepare themselves for change,” said Erika Myers, director of research for SEPA in an exclusive interview with EL&P. “The industry tends to be reactionary. In this instance it’s more important for them to be proactive.”

Very few utilities are taking that proactive approach, according to SEPA. The report surveyed nearly 500 utilities representing about 70 percent of total U.S. customer accounts, finding that only 15 were in the later stages of developing EV programs, while the rest were in the early or intermediate stages.

SEPA defined the early stage as utilities which may be aware of EV possibilities and may even some of the vehicles in their fleet but aren’t offering much in the way of customer-facing programs. Intermediate stage is where the provider is getting active and may be offering incentives, some special rates and perhaps even public charging, while late stage utilities are more directly engaged with customers and perhaps offering managed charging pilot programs and/or demonstration projects leading directly to the home networks.

One utility solidly in the rarified late stage arena is Maui Electric. The Hawaiian utility offers a vehicle-to-grid (V2G) pilot with its JumpStartMaui program partnering with Hitachi and Nissan Leaf owners trying to enable a two-way power flows between the EV and the grid. Pacific Gas & Electric has the only other sizable V2G pilot in its partnership with BMW.

Other utilities such as Portland General Electric were in early planning and regulatory stages on V2G, but even SEPA admitted that the technology is currently more conceptual than commercial.

“While V2G technology is likely to develop over time, it will require additional elements for widespread adoption,” the report reads. “These elements include approval/consent of vehicle manufacturers so as to not invalidate warranties and usage guidelines, additional hardware expense for AC/DC conversion and control, and interconnection permits and engineering/technical requirements of local grid operators/utilities.”

No utilities so far have ventured into full-scale V2G or managed charging programs. Those utilities surveyed which are only in the early or intermediate stages represent more than 85 million customers.

SEPA’s research found anecdotal reasons for the utility lack of progress on the EV front. Those hesitations included a limited understanding of the EV impact on the grid, uncertainty about the utility role in deployment and anxiousness about regulatory approval and recoup of investment.

The last thing is a biggie. Regulators in many states and their utilities are still trying to figure out how to qualify and quantify the rollout of EV charging networks and other potentially massive costs involved.

For example, Missouri and Kansas regulators shot down Kansas City Power & Light’s plan to pass along costs of its Clean Charge Network to customers in 2016. Some states are pushing EV adoption, but others are still reckoning what it will cost in higher rates and capital expenditures. Ameren Missouri has an expansive charging network case pending before state regulators.

Some entities are putting consultants to work figuring out the dollar impacts. Myers noted one recent study forecasting how a certain California municipal utility’s capital needs and infrastructure would be impacted by EVs.

“What they found with the projection of EVs in Sacramento is that they would need to replace 17 percent of transformers, or upgrade others, at a cost of $50 million to $100 million,” Myers added.

Those are huge numbers for both utilities and regulators to consider.  The on-ramp of American highways may be full of electric vehicles may get busy quite soon. The scope is dangerous to ignore for utilities and yet expensive to consider.