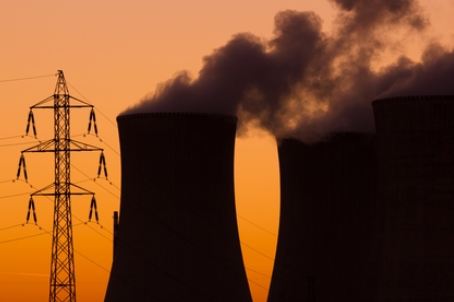 The Nuclear Regulatory Commission has released its Performance and Accountability Report for Fiscal Year 2015, which finds that the nuclear power regulator met key performance goals for the 12 months that end Sept. 30.

“This report shows the NRC staff’s steadfast commitment to meeting the agency’s safety and security goals,” NRC Chairman Stephen Burns said in a news release. “At the same time, we continue to do all we can to manage our resources efficiently and effectively.”

The agency is in a sound financial position, having sufficient funds to meet programmatic needs and adequate control of these funds in place. The agency received an unmodified audit opinion on its financial statements from its auditors, with no instances of noncompliance with laws and regulations, according to the report.

NRC’s budget for FY 2015 was a little over $1 billion with the full-time equivalent of 3,778 staff positions. NRC has also rolled out a “vision” plan to reduce its workforce. That’s in part to satisfy congressional critics who note that the torrent of new nuclear plant applications expected a decade ago never materialized.

The NRC’s headquarters is located in Rockville, Maryland. The NRC has an Operations Center in the headquarters building. As part of agency efforts to reduce its footprint, the NRC completed various office moves to support consolidation of headquarters staff at the three-building White Flint North complex.

The NRC is primarily supported by fees collected from its licensees. The agency collected $885.3 million (about 90 percent) of its budget for FY 2015 from licensees, with the remaining funds provided by the U.S. Treasury.

The NRC is responsible for regulating all aspects of the civilian nuclear industry. The industry can best be described by examining the nuclear material cycle. This extends from the mining and production of nuclear fuel to the transportation and storage of spent nuclear fuel and other nuclear waste.

The agency inspects all facilities that it licenses on a regular basis. NRC specialists conduct 10 to 25 routine inspections each year at each of the 99 operating nuclear power plants.

The NRC’s efforts to implement the lessons learned from the Fukushima Dai-ichi accident in March 2011 continued during FY 2015.

The agency oversaw implementation of new requirements to address hazards such as earthquakes and flooding. The NRC has also been using the insights from Fukushima to inform its licensing and oversight activities.

In addition, the agency oversees about 2,800 licenses for medical, academic, industrial, and general uses of nuclear materials. The agency conducts about 1,000 health and safety inspections of its nuclear materials licensees annually.

The NRC has developed an oversight program for cyber-security that includes an inspection program, inspector training, and a process for evaluating the significance of inspection findings. This was accomplished collaboratively with stakeholders, including members of industry and representatives from the Department of Homeland Security, the Federal Energy Regulatory Commission, National Institute of Standards and Technology.