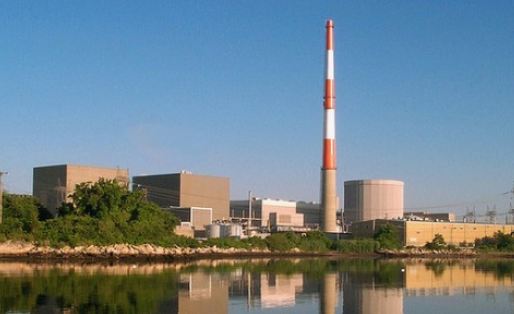 The Nuclear Regulatory Commission (NRC) said Oct. 21 that it has moved to examine certain issues at nuclear plants in Iowa and Connecticut, according to GenerationHub.

NRC said it has started a special investigation at the NextEra Energy Duane Arnold plant in Iowa. In a separate announcement NRC said it will increase its level of oversight at the Dominion Millstone 3 plant in Connecticut following formal issuance of a “white” finding (meaning low to moderate significance) at Millstone.

The finding at the Dominion power plant in Waterford, Conn., involves a violation of NRC requirements, and is based on the plant owner’s failure to promptly identify and correct repetitive problems involving a pump that is part of a reactor safety system.

Specifically, NRC inspectors determined that from May 2013 through February 2014, Millstone Unit 3’s turbine-driven auxiliary feedwater pump was operated improperly due to the installation of an incorrect bearing. This manifested itself in two cases of oscillations, or unexpected fluctuations, in reactor coolant flow from the pump and three trips, or shutdowns, of the pump because of over-speeding.

The auxiliary, or back-up, feedwater system is one of several that can be used to help cool down the reactor following a shutdown by pumping water into the secondary side of the plant’s steam generators. The steam generators are essentially large heat exchangers that convert heat produced by the reactor into steam, which in turn is used to spin the plant’s turbine and generate electricity.

Although Dominion Nuclear Connecticut, the plant’s owner and operator, has taken action to repair the pump and has completed a root-cause evaluation, the NRC is taking enforcement action because of the length of time it took for the issue to be addressed.

On Sept. 15, 2014, the NRC initiated an additional Special Inspection at Millstone Unit 3 in response to further unrelated problems with the pump. This action occurred after the pump failed quarterly surveillance tests in July and September. That Special Inspection is still in progress, and the results will be detailed in an inspection report to be issued within 45 days of its completion.

Millstone 3 is a roughly 1,200 MW pressurized water reactor (PWR). It is located alongside Millstone 2.

NRC also said Oct. 21 that it has started a special investigation at Duane Arnold to review the circumstances surrounding the loss and peeling of coating in areas of the plant’s torus.

The torus is a ring-shaped structure that wraps around the base of the reactor and is part of containment. Its purpose is to help cool and condense steam in accident scenarios. The coating is similar to paint that is used to preserve metal. The issue was discovered by plant workers after the single-unit plant shut down for a planned refueling outage.

“We have sent specialists in chemical coating and mechanical engineering to the site in order help establish a sequence of events and any potential impact on plant safety. We want to ensure the plant continues to operate in a manner that preserves safety,” said NRC Region III Administrator Cynthia D. Pederson.

NRC inspectors will work both on- and off-site evaluating the licensee’s root cause analysis and observing repairs and testing when possible. An inspection report documenting the team’s findings will be made publicly available within 45 days of the end of the inspection.

Duane Arnold is a boiling water reactor (PWR) with an operating capacity of roughly 600 MW. It is located in Palo, Iowa, which is a few miles northwest of Cedar Rapids.