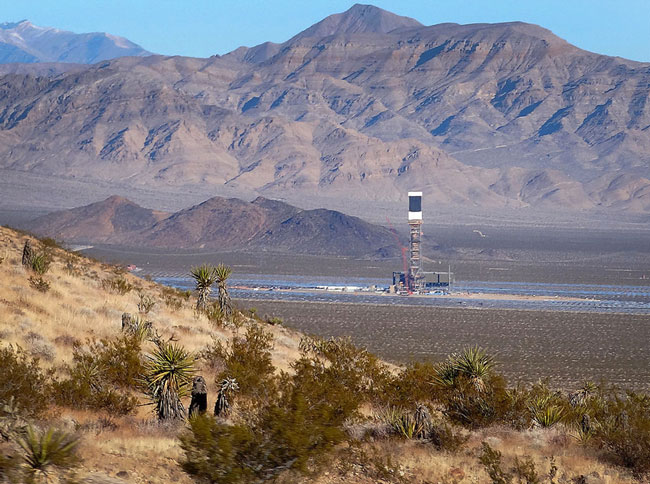 The 2015 legislated requirement is 20 percent, based on total energy sales.

NV Energy’s Vice President of Energy Supply Kevin Geraghty noted that complying with the legislated mandate is important, but his company’s longstanding motivation has been to be environmentally responsible and to keep the costs to customers as low as possible.

“In the past five years we’ve more than doubled our renewable energy capacity. And, unlike some other states, we’ve managed to do that with rates that are lower today than they were five years ago,” Geraghty said.

He added that 10 years ago community-scale solar energy was at a cost of about 15 cents per kilowatt-hour, but today NV Energy customers will soon benefit from new solar resources that are priced at under four cents per kilowatt-hour. By comparison, the company is currently required to pay 9.2 cents a kilowatt-hour for the excess power produced by private solar systems at individual homes.

In total, these projects are more than 1,300 MW of nameplate capacity. If all were operating at the same time they would generate enough energy to serve about 750,000 homes in Nevada.

Geraghty noted that NV Energy continues to aggressively pursue renewable energy opportunities that are in the best interests of its customers and that will help the company comply with the state required Renewable Portfolio Standard that tops out at 25 percent in 2025. The company is currently reviewing bids to acquire 35 MW of nameplate renewable energy capacity and to secure a long-term Power Purchase Agreement for a minimum of 100 MW of additional renewable energy in Nevada.

Two large-scale solar projects from previously awarded long-term contracts are in the early construction phase – the 150 MW Boulder Solar I and II projects near Boulder City and the 179 MW Switch Station 1 and 2 north of Las Vegas. These two projects will create more than 500 direct construction jobs and many more indirect jobs. The projects are expected to be operational in 2017.

Geraghty added that the company is increasing the renewable energy benefits to customers at the same time it is lowering its reliance on coal-fueled generation.

“Where coal was more than 40 percent of the energy resources we owned a decade ago, today only about 10 percent of our generating resources use coal. And, by the end of 2019, we will no longer use any coal-fueled generation in southern Nevada and by 2025 for Northern Nevada,” he said.

The Nevada Renewable Portfolio Standard requirement continues to climb, as state law requires the energy company to achieve a 22 percent level in 2020, and 25 percent in 2025.