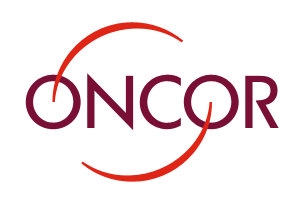 Oncor Electric Delivery Co. in March told the Public Utility Commission of Texas that to allow the company to recover its reasonable cost of service and provide an opportunity for it to earn a reasonable return, Oncor’s total cost of service should be adjusted by about $317 million over rates currently in place, or about 7.5 percent over present revenues.

In a March 17 statement, Oncor said that if granted in full, its rate adjustment would bring the company’s total revenue requirement to about $4.5 billion. The company noted that an average Oncor residential customer uses 1,300 kWh of electricity per month, and that if that same customer has a retail electric plan charging nine cents per kWh, after the company’s rate review – if approved – that customer’s rate would be adjusted to 9.526 per kWh. That would be an overall total bill adjustment of 5.85 percent, or an additional $6.84 per month, the company said.

The proposed effective date of the requested rate change is April 21, Oncor said in its petition, which was the PUC received on March 17. In its statement, the company noted that it expects its rate review proceeding to last several months, and that if approved, its rate adjustment would most likely take effect in late 2017.

Oncor said in its petition that it has made investments in its transmission and distribution (T&D) system since the end of its last test year on June 30, 2010, to benefit customers, support Texas‘ economy and growing population, and to ensure that the state is prepared for future growth.

During that time period, Oncor said that it has built more than 2,750 miles of new and rebuilt transmission lines, and has built distribution facilities to serve almost 280,000 new customer connections.

Oncor noted that as reported in its U.S. Securities and Exchange Commission Form 10-K, it has invested about $7.9 billion since June 30, 2010. Additionally, Oncor said that it now has more than $1 billion in statutorily authorized costs in regulatory assets for which cost recovery is needed. The company said that its other costs have also increased since its last test year ended.

According to the direct testimony of Wesley Speed, vice president of transmission for Oncor, that was included in the petition, Oncor invested about $644 million per year in transmission facilities and load-serving substations between June 30, 2010, and Dec. 31, 2016, for an approximate total of about $4.2 billion invested during that period.

Speed said that among the CREZ line projects that were designated for construction by Oncor and completed by the end of Dec. 31, 2016, was the 15.6-mile, 138-kV Hicks-Elizabeth Creek Project, which went into service on Dec. 28, 2016.