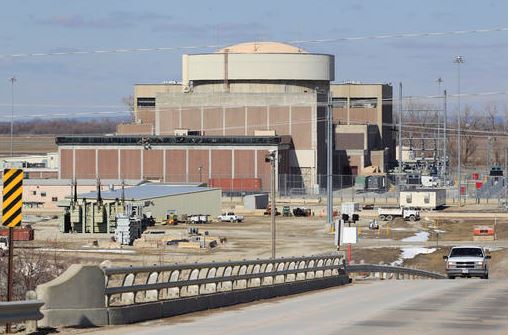 The OPPD board of directors voted in June to accept a management recommendation to close the 478 MW Fort Calhoun plant by the end of the year.

Subsequently, OPPD committed to the Nuclear Regulatory Commission (NRC) that it would permanently cease operations at the plant no later than Monday Oct. 24. OPPD cited the Oct. 24 deadline in a recent copy of a newsletter that is posted on the organization’s website.

At around noon on Thursday, Sept. 29, the unit was scheduled to begin an extended “coast-down.” By design, the nuclear fission reaction will wane as the fuel gradually loses its energy potential. The coast-down process lets OPPD get as much energy production as possible prior to losing full-power capacity.

The unit will lose about a percentage of power per day during the coast-down and be at about 75 percent power on Oct. 24.NRC data listed the unit at 81 percent power early on Oct. 21.

On Oct. 24, operators will prepare for and initiate a final down-power followed by shutdown, sometimes called a scram or unit trip. They will push a large red button to drop control rods into the reactor, immediately halting the chain reaction.

Following the reactor trip, the operating crew will maintain the plant’s temperature and pressure for 36 hours for a chemically induced cleanup of the reactor coolant system to reduce radiation dosage.

By mid-November 2016, OPPD’s Fort Calhoun Station will have completed its operating life and will transition into a decommissioning site.

The retirement of OPPD’s Fort Calhoun nuclear plant will reduce the number of commercial nuclear power reactors in the United States from 100 to 99. The number had temporarily gotten back to 100 earlier this year when the Tennessee Valley Authority (TVA) Watts Bar 2 facility in Tennessee was connected to the grid.

Based on an analysis by a consulting firm, ceasing operations of the small nuclear plant and rebalancing the generation portfolio should save OPPD between $735 million and $994 million over the next 20 years.

Market conditions, the economics of running a small single-unit nuclear plant combined with the fact that the EPA Clean Power Plan does not credit carbon avoidance by existing nuclear units.

Fort Calhoun is a pressurized water reactor (PWR) that came online in 1973, according to GenerationHub records.