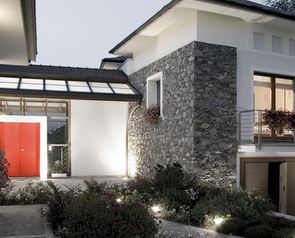 Electric utilities are doing almost everything right in trying to please residential customers, yet somehow they lag behind almost every other industry that J.D. Power surveys.

Overall, customer satisfaction improved for the fourth straight year with scores averaging 680 on a 1,000-point scale. Driving factors behind this improvement included monthly electric bills which have fallen to their lowest levels in 10 years.

However, the J.D. Power report pointed out, the electric utility industry’s customer satisfaction scores still fall behind many of the other sectors which the firm covers, including auto insurance, retail banking and airlines. In fact, only 11 of the 137 utility brands included in the study scored above the airline industry average of 726 points.

“The lesson that utilities can learn from other high-performing service providers is that to excel you need a culture that puts customers and employees first,” said John Hazen, senior director of the utility practice at J.D. Power. “And because customer expectations continue to increase, you need to have a mindset of continuous improvement to keep up.”

Several things turned up roses for utility customers in the past year. Average monthly electric bills reported by customers fell to an average of $129 this year, down from $132 in 2015, and that pushed the price satisfaction factor up by 16 points.

Customers also gave stellar reports on power reliability, according to J.D. Power. About 41 percent of them reported “perfect power,” or no interruptions, up from 37 percent in 2010.

Lengthy interruptions remained constant, although length of the longest outages fell to an average of 6.4 hours in 2016, compared to 7 hours one year ago.

Arizona’s Salt River Project (SRP) ranks highest in the large utility segment in the West region for a 15th consecutive year, with a score of 730. Iowa-based MidAmerican topped the large Midwest region for a ninth straight year, finishing ahead of DTE Energy.

PPL outpointed all other large electric utilities in the East for the fifth year, while Florida Power & Light led the South. Green Mountain Power, Kentucky Utilities, EPB and Clark Public Utilities headed up the midsize utilities for the East, Midwest, South and West, respectively.

The 2016 Electric Utility Residential Customer Satisfaction Study is based on responses from 101,138 online interviews conducted July 2015 through May 2016 among residential customers of 137 electric utility brands across the United States, which collectively represent more than 97.7 million households.