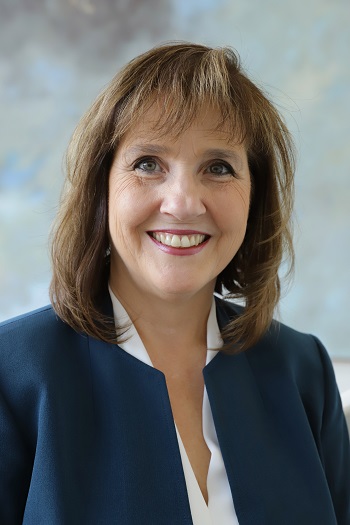 Marjorie Parsons was honored as the Tennessee Valley Authority’s Ike Zeringue Engineer of the Year during the TVA Board of Directors meeting on Thursday.

Parsons, an electrical engineer with 31 years of TVA service, has been an industry technical leader in the development of standards impacting regional grid reliability. Her work has helped help TVA deliver 99.999 percent power reliability for the last 19 consecutive years.

“Each year, we have the distinct pleasure of recognizing an individual who exemplifies excellence in the engineering field and a steadfast commitment to TVA’s mission of service,” said TVA President and CEO Bill Johnson. “Marjorie’s leadership has helped make TVA’s power grid one of the most reliable in the nation — a key factor when companies choose to relocate or expand in our region.”

Over the past eight years, Parsons has helped ensure TVA’s compliance with national reliability and interconnection standards, making the Tennessee Valley one of the few regions in the nation without a major blackout.

“Marjorie has distinguished herself as a leader who tirelessly helps keep electricity flowing to our homes and businesses,” said Bob Dalrymple, TVA senior vice president, Transmission & Power Supply. “More importantly, her work to guide the development and implementation of reliability standards ensures the continued high performance of the TVA grid to help create a brighter future for our children.”

The award is TVA’s highest honor for an engineer and named for O.J. “Ike” Zeringue, a former TVA president, chief operating officer, and chief nuclear officer.

Parsons is also one of the finalists for the Federal Engineer of the Year Award, which will be presented Feb. 22 in Washington, D.C.

A graduate of the University of Tennessee-Chattanooga with a bachelor’s degree in electrical engineering, Parsons is a senior program manager who represents TVA on national and southeast electric reliability councils and is a registered professional engineer in Tennessee.