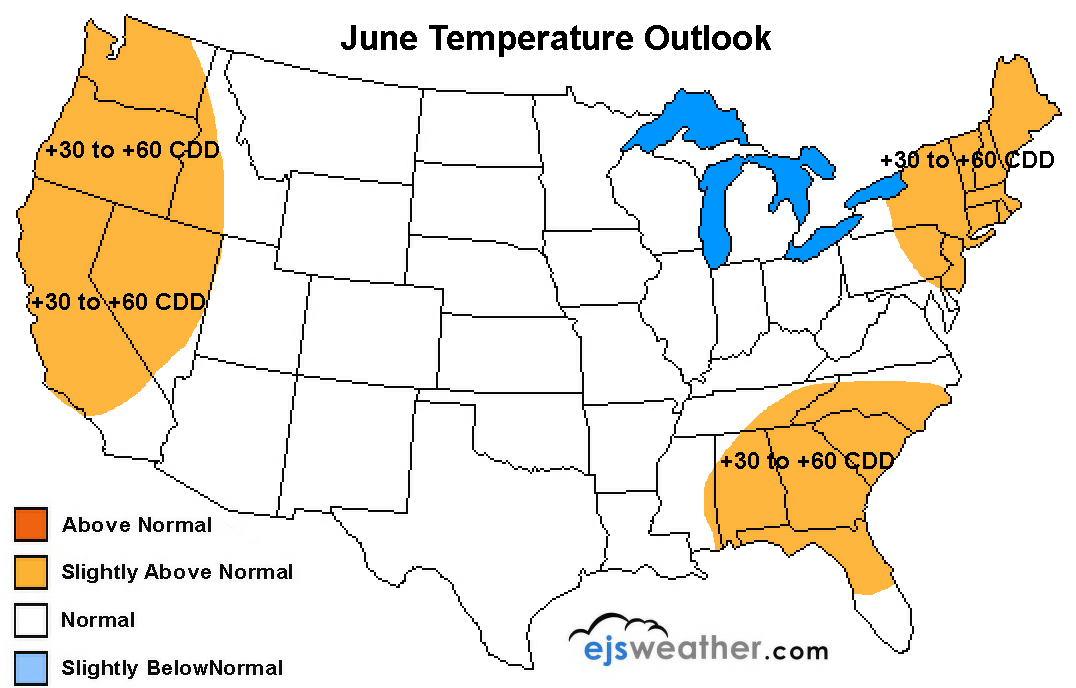 Temperatures across portions of the Pacific Northwest, Great Basin, north-central California, Northeast, and Southeast are projected to average at least slightly above normal during the month of June. These regions of the United States will likely see a total monthly surplus of early-season cooling degree days of between 30 and 60.

Energy costs with respect to cooling could also be somewhat higher throughout these areas of the country during June. Much of the Rockies, Plains, Great Lakes, and Midwest will likely see temperatures that on a whole average closer to normal by June standards.

It should be noted that some of these areas could see a hotter July and August given the weakening El Nino and some minor drought conditions that are developing across parts of the central Plains and Missouri Valley, which will be monitored over the next few weeks. As mentioned above, the El Nino in the Equatorial Pacific is continuing to weaken as predicted.

The latest long-range climate models are still indicating that a neutral phase will form this summer and that a La Nina may develop this fall. This transition from an El Nino to a La Nina phase is almost certain to have an effect on temperatures across parts of the United States during the summer and fall seasons.