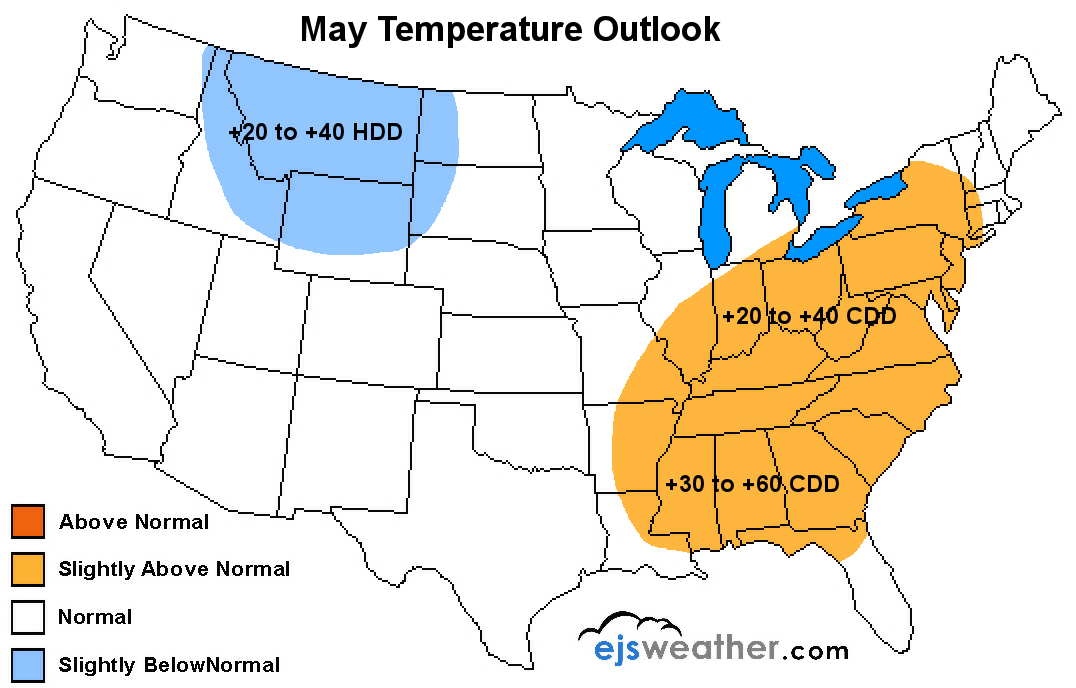 Temperatures are forecast to average slightly above normal across portions ofthe Northeast, Mid-Atlantic, Ohio Valley, Tennessee Valley, Deep South, andSoutheast during the month of May.

Some factors that are expected to aid in the warmer temperatures across the eastern United States are the persistence of a positive NAO (North Atlantic Oscillation), the influence of a neutral to weak El Nino phase and moderate drought conditions across parts of the Deep South and Southeast. A surplus of early-season cooling degree days of between 20 and 60 is projected throughout these regions.

Slightly below normal temperatures are possible across parts of the northern Rockies during the month of May with some extra late-season heating degree days forecast across this area of the United States. Much of the central and western United States will likely see temperatures that on a whole average closer to normal in May. As for the ENSO phase in the equatorial Pacific Ocean, it remains neutral for now. However, sea-surface temperatures are warmer than average across much of the eastern Pacific, which is usually an early signal that an El Nino is developing.

Most long-range climate models have at least a 50 percent chance of this El Nino developing during the upcoming summer and fall. When exactly and how strong this El Nino develops will likely have an impact on summer temperatures across many regions of the United States.