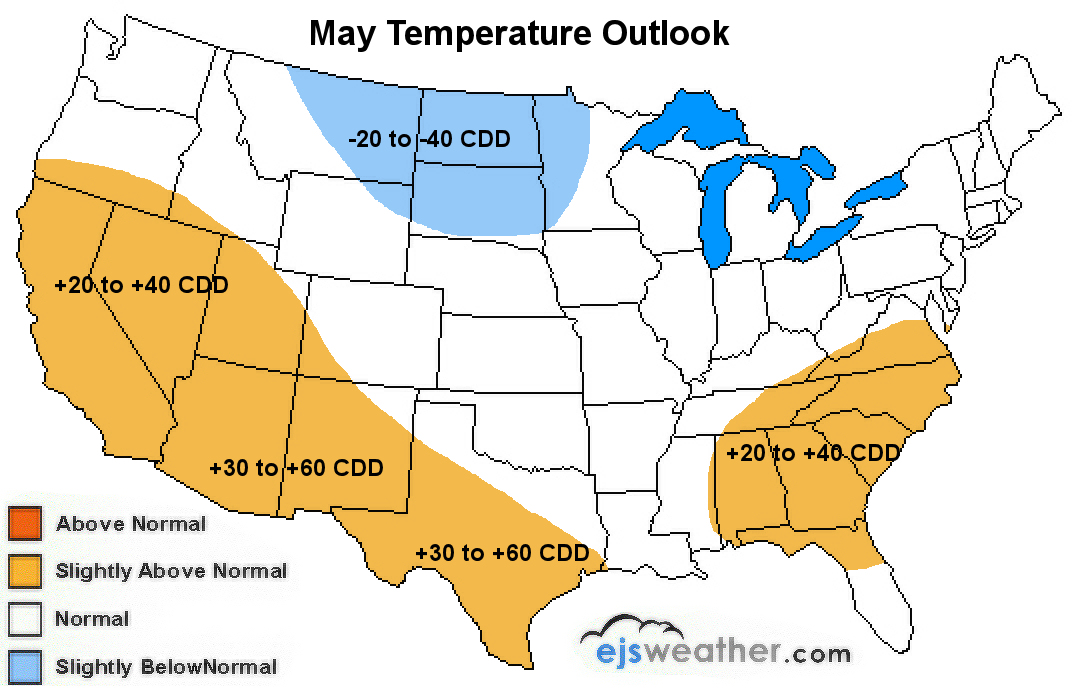 Portions of the Great Basin, Intermountain West, Desert Southwest, southern Rockies, and Texas are forecast to see temperatures that on a whole average above normal during the month of May. Parts of the southeastern United States are also projected to see warmer than average temperatures in May. A surplus of early season cooling degree days of between 20 and 60 is expected throughout these regions of the country.

In contrast, parts of the northern Plains may see temperatures that average slightly below normal during the month of May and could also see a deficit of early season cooling degree days of between 20 and 40. Temperatures are forecast to average closer to normal across much of the Northeast, Great Lakes, Midwest, and central Plains in May.

As for the ENSO phase, it continues to be neutral as sea-surface temperatures across the Equatorial Pacific Ocean continue to run near to slightly above average for the most part. The latest long-range climate models suggest that this neutral phase will persist through the upcoming summer season.

It should be noted that the NAO (North Atlantic Oscillation), which has been positive all winter into early spring, might finally begin to go negative. If this does occur, it could open the possibility for some cooler than average periods across more of the Great Lakes, Midwest, and Northeast in May. This will have to be monitored, as it is not a sure thing by any means.