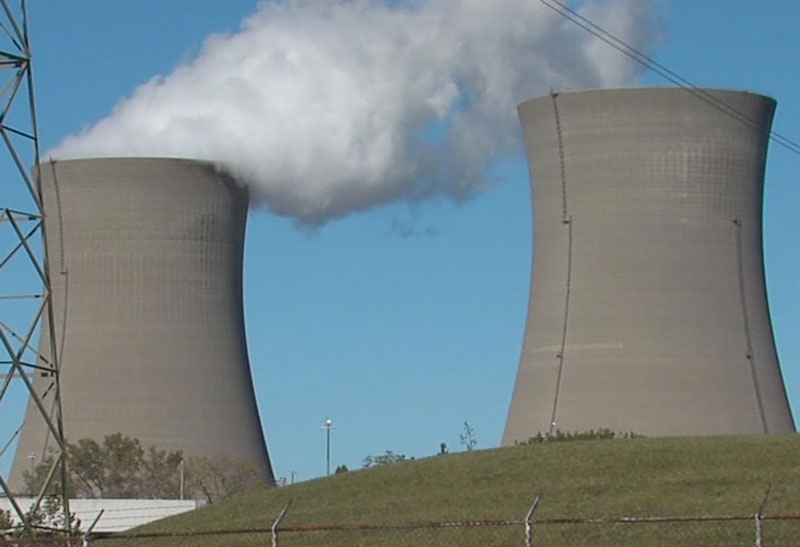 A Pennsylvania Public Utility Commission member who is also an officer within the National Association of Regulatory Utility Commissions recently praised nuclear energy for its importance in reliability, grid stability and fuel diversity.

“When states talk about fuel diversity and develop clean energy portfolios, nuclear needs to be included in this conversation,” Pennsylvania PUC member and former Chairman Robert Powelson said May 25.

Powelson, who is also a vice president with NARUC, made the remarks during a Nuclear Energy Institute (NEI) conference held May 25 in Miami, Florida.

“The public tells us they want renewable energy, but the public in general doesn’t know the difference between intermittent wind and solar and base load nuclear,” Powelson said.

“As a nation we are committed to reducing the amount of carbon in our atmosphere,” Powelson said. “That cannot be accomplished without a strong dedication to the continued use of nuclear energy—the largest source, by far, of non-carbon emitting power generation.”

“During these events, nuclear plants didn’t have to wonder if the gas would be delivered or if the coal pile was frozen,” Powelson went on to say.

“I share these examples because they are real events that recently occurred in my region (PJM). Thankfully, nuclear power plants like Limerick, Three Mile Island, Susquehanna, Calvert Cliffs, Peach Bottom, Beaver Valley — saved us from having rolling blackouts during any these times, particularly during the Polar Vortex,” Powelson said.

“Many people in this room may not realize it, but the 2013 Polar Vortex caused a 24% forced outage rate within the PJM footprint,” Powelson said.

Current many power reactors in competitive markets have been having a tough financial time, because the markets “have not developed a means by which to value reliability or fuel diversity, and this has caused nuclear to suffer,” the Pennsylvania official said.

Weak electric power demand and subsidies that are open to renewable energy, but not nuclear power, are also a factor, Powelson said.

Powelson was first nominated to the Pennsylvania PUC on June 19, 2008, by then-Gov. Edward G. Rendell to fill the remainder of an unexpired term. On Feb. 24, 2011, Gov. Tom Corbett appointed Powelson as PUC Chairman, a position he held until May 7, 2015. His current term as a commissioner expires on April 1, 2019.

Powelson was elected first vice president of NARUC in November 2015.